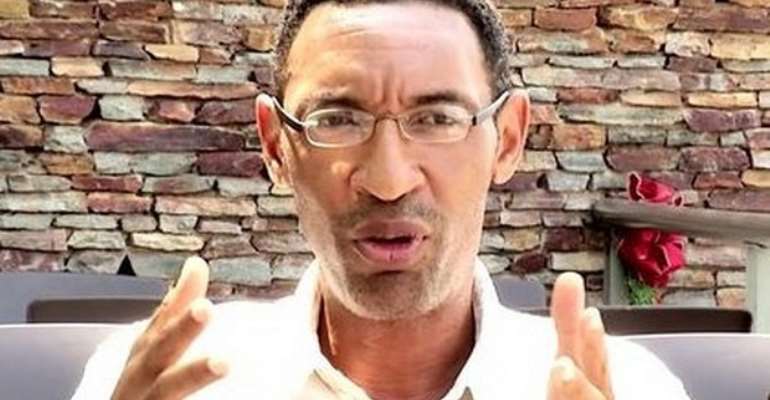 Ahead of the 2020 Elections, Sekou Nkrumah, Dr. Kwame Nkrumah's son and a former Chief Executive Officer of the National Youth Authority, under the Atta Mills-led NDC government, has chosen the ruling NPP over the main opposition NDC.

According to him, the NPP looks a bit more serious than the NDC-led John Mahama leadership.

This is his full Statement:

2020 is an election year and once again Ghanaians will have to make a choice between NPP and NDC.

Naturally those of us on the left of Ghanaian politics should be supporting the NDC, but unfortunately I am not.

I cannot vote for a party that in 2009 had the opportunity to serve the ordinary Ghanaian and make a better Ghana agenda a reality for many but failed miserably due to several factors that still haunt the party!

The very ill president Mills was not in a position to lead, and declaring interest to run another term really exposed the hypocrisy and ill intentions of those who were in power at the time, clearly their agenda was just to protect their positions in government and not service to the country. Nothing was working properly as the government practically had no leader.

As truth could not be hidden for long, the worst happened and the good professor kicked the bucket!

When John Mahama stepped into the shoes of Mills, he was clearly not ready for the top job. And the NDC government continued to sink further.

The results of the 2012 elections was shocking! How I wondered could the NDC win with such a poor performance in government? Was it rigged? Well, for the sake of peace I did not support the NPP's position to go to court! I felt this tense political situation could create a very violent reaction and we as Ghanaians are better off letting it go.

The 2016 elections results was a sledge hammer blow to the NDC, and a serious wake up call! But unfortunately the leadership of the party failed to learn any lessons and decided to continue with the clueless leadership of JM.

So I will continue to support NPP even if only as a protest, and hope that after 2020 NDC will throw away Mahama and his cronies and reorganize the party! Only a revolution from within can save the NDC!