NDC Has Demonstrated To The Entire World That It Value Women; Naana Jane Is A Woman Of Integrity — Prof Oduro 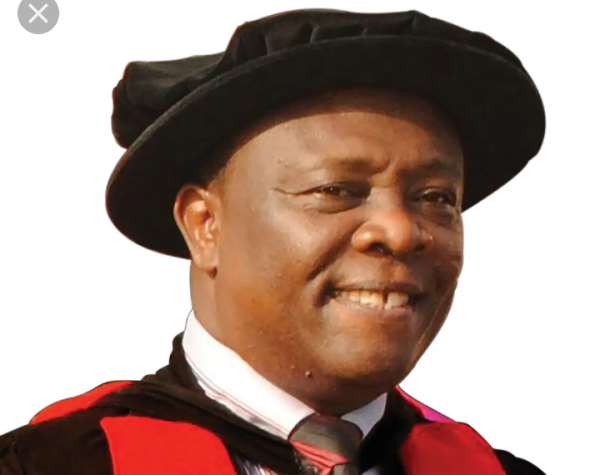 A Professor of Educational Leadership of the University of Cape Coast Prof. George K. T. Oduro has showered praise on Prof. Naana Jane Opoku Agyemang on her nomination as the Vice Presidential Candidate of the opposition National Democratic Congress (NDC).

He said, "Naana Jane is a woman of integrity and that is what she brings to the Mahama ticket and should the NDC win she would bring that to bear in government."

The Educational Leadership Scholar was speaking to Ben Nartey today Tuesday 7th July, 2020 on GBC Radio Central Morning Show on the nomination and acceptance of Prof. Naana Jane Opoku Agyemang as the Vice Presidential candidate of the National Democratic Congress for election 2020.

When asked whether he was surprised about her nomination, Prof. G. K. T. Oduro stated, "I'm not the least surprised because it is said that, a child who knows how to wash his or her hands, eats with the elderly".

He added that Naana Jane is a visionary leader and has excellent human relations.

Reacting to the kind of qualities she brings to the ticket, the former Vice Chancellor of the University of Cape Coast enumerated three main qualities:

"First, she has integrity and this is what she exhibited during her tenure as the Vice Chancellor of UCC, one of the most paramount qualities of leadership."

Integrity according to Prof. Oduro "Is a God-given gift she has and that would be of benefit to President Mahama's government".

Secondly, Prof. Oduro, said Prof. Naana Jane believes in institutional agenda which is very good in governance. "What is in the interest of Ghana would be what she would uphold and she is not discriminatory in her dealings, which is good and essential in governance."

The third important thing about her nomination is that it demonstrates to the entire world that NDC and Ghana value the contributions of women in politics.

He continued that her nomination would help put Ghana on the map as not only a signatory to UN gender equity guidelines but as a country that cherishes and tries to implement same.

Prof. Oduro averred that, should she become Vice President, she would serve as a motivation for most women in Ghana. "This would erase the erroneous impression that leadership is always about men."

In concluding the discussion, the Educational Leadership professor intimated that Prof. Naana Jane's nomination serves as a great honour to the University of Cape Coast.

But, was quick to add that, he was scandalised by the sexist comment of the Communication Director of the NPP who described her nomination as "Taking Ghanaians for granted".

"That comment about her really made me sad," Prof.Oduro emphasised.