Tamale: One Arrested For Killing Man Who Rescued Girl From Being Raped 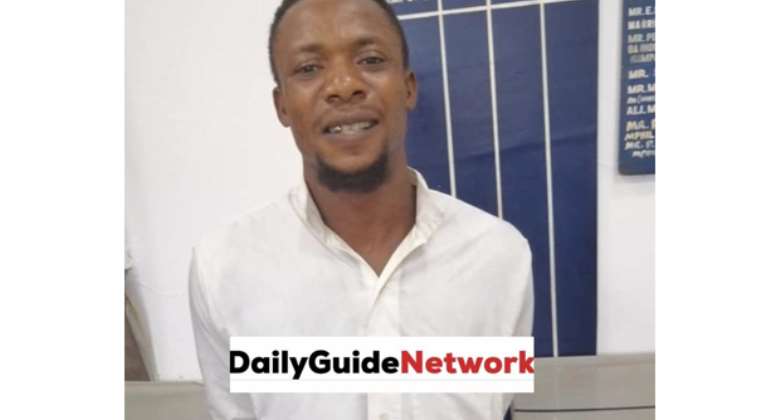 The Northern Regional Police Command has arrested one Tahiru Mohammed, 35 in connection with the killing of Abdul-Halim who attempted to rescue a girl from the suspect who tried to forcibly have sexual intercourse with her at Nyanshegu on July 1.

The Northern Regional Crime Officer, Supt. Otuo Acheampong who confirmed the arrest to DGN Online said intelligence led to the arrest of the suspect at his residence at Agric Traffic lights, a suburb of Tamale metropolis.

According to the regional crime officer, an identification parade was organized and the victim identified the suspect as the one who shot her and the deceased.

Supt. Acheampong indicated that the suspect is in the custody of the police assisting with investigation.

It will be recalled that one Abdul- Halim was shot and killed by an unknown gunman at Nyanshegu in the Northern region on July 1.

The deceased met his untimely death when he attempted to rescue a girl from the gunman who wanted to forcibly have sexual intercourse with her.

The body of the deceased was deposited at the Tamale Teaching Hospital's mortuary.

Meanwhile, the girl, who was shot in the leg is in a stable condition responding to treatment at the Tamale Teaching Hospital.

She told journalists at the Tamale Teaching Hospital that she and her little sister were sleeping in the room when the gunman entered.

According to her, the gunman told her that he wanted to have sexual intercourse with her and threatened to kill them both if she refuses but she pleaded with him and told him that because of her little sister they could go outside with the intention that when they go outside she could cry for help.

She narrated that the gunman agreed and that when they got outside she shouted which resulted in the gunman shooting her in the leg.

The victim said Abdul- Halim heard the gunshot and rushed to the scene which resulted in he being shot by the gunman who then escaped.