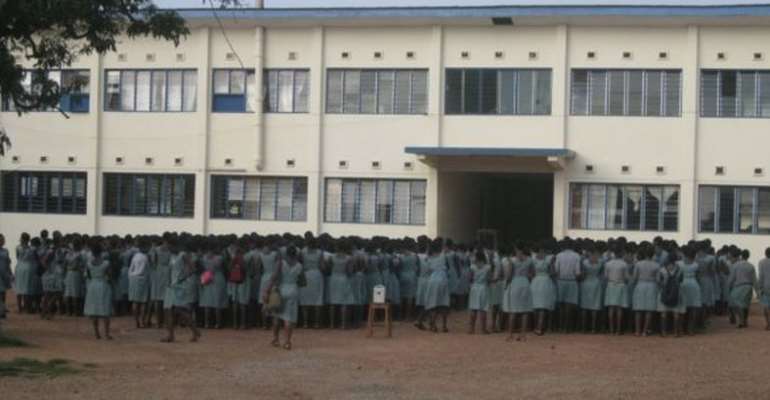 Citi News gathered that some students of the school showed symptoms of COVID-19 and were isolated in the school's sickbay on Monday, June 29, 2020.

Health officials from the Ayawaso East Health directorate were called in to deal with the matter.

COVID-19 tests were subsequently run on 11 students. Six of them tested positive and were on Saturday, July 4, sent to the Ga East Municipal Hospital for treatment.

Meanwhile, calm has returned to the school after agitations over COVID-19 fears among the students. Reopening of schools

Three days after Ghana recorded its first two cases of the novel coronavirus, President Akufo-Addo on March 15, 2020, directed the closure of schools at all levels to curb the spread of the virus.

All of these formed part of the phased easing of COVID-19 induced restrictions by the President.

Unfortunately, just a week after final year students in tertiary institutions returned to school, a National Service person at the Academic Department of the Accra Technical University tested positive for the disease.

The case is said to have been recorded on Monday, June 22, 2020; exactly a week after the tertiary institutions reopened. Calls for mass testing of students, teachers

Before and after the decision by the government to reopen schools, many guardians and individuals expressed worry with their wards being put at risk by having to go back to school.

Although there were several calls for the government to conduct mass testing of students, teachers and non-teaching staff to avoid the importation of the virus into the schools, it did not heed to these requests.

The Conference of Heads of Assisted Secondary Schools (CHASS) , for example, proposed mass coronavirus testing of students and all staff before schools reopen.

The opposition New Democratic Congress also suggested that all students, teaching and non-teaching staff be tested “to preempt any potential spread on secondary schools and university campuses”.

But President Akufo-Addo has assured all parents and guardians that the government is committed to protecting the lives of the 800,000 students, teachers and non-teaching staff, who will be returning to school.

“I will be the last person to put the lives of the 'Akufo-Addo graduates' at risk,” he stressed.