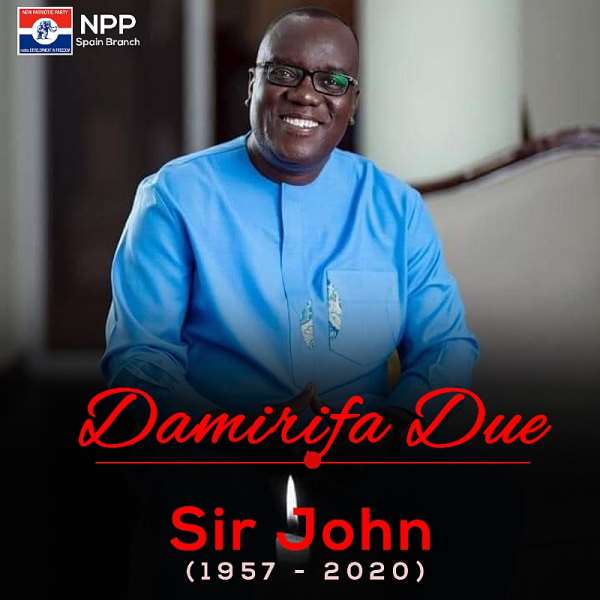 We are in a profound state of sadness hearing about the passing of Lawyer Kwadwo Owusu Afriyie, affectionately called, ‘’Sir John’’, Chief executive officer of Forestry Commission and a former general secretary of the governing New Patriotic Party.

Sir John was a patriot known for his grassroots organisation, communication, humility and forthright. As general secretary, he worked tirelessly with the late Chairman, Jake Obetsebi-Lamptey to reorganise the party for the 2012 election. As Chief Executive Officer of the forestry commission, he was instrumental in expanding the youth in forestry programme, employing some tens of thousands of youth people to protect the forest resources of Ghana.

Sir John would be missed because he devoted his life to public and party service. Sir John would be missed for his witty soundbites from interviews he grants the media. His humility and profound sense of care for people across different backgrounds are worth emulating. We send our deepest condolences to the bereaved family, and to the entire NPP fraternity. May his soul rest in peace!