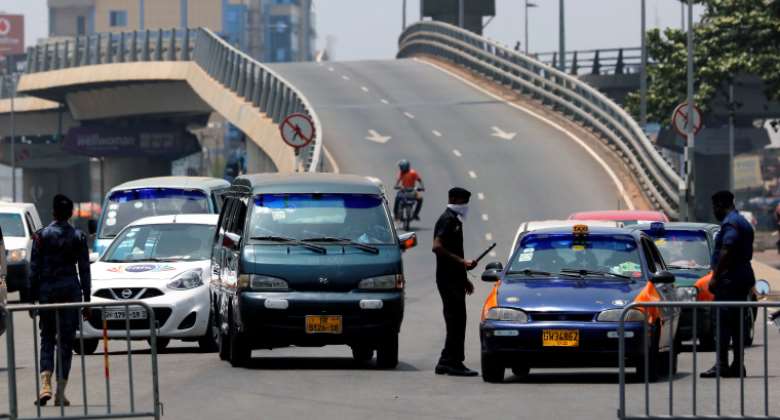 Abuja, July 2, 2020 — Authorities in Ghana should investigate the recent threats to and harassment of journalists Emmanuel Ohene-Gyan, Rebecca Ashley Amarh, and Philip Akutey Azu and ensure their safety, the Committee to Protect Journalists said today.

On June 12, Ohene-Gyan, an editor with the privately-owned radio broadcaster Empire FM, reported that Kobina Kurentsir Sam, the mayor of Ghana’s western Sekondi-Takoradi city, had died of COVID-19, the journalist told CPJ in conversations on the phone and via messaging app.

Ohene-Gyang said that within hours the story had been shared widely on various media platforms and he began receiving threatening calls from multiple members of Sam’s family, including his son, Jonathan Sam.

Ohene-Gyang said that Jonathan Sam and other family members whose names he did not know demanded that he remove the story or face their anger. He said he insisted he had sourced his information credibly and would not comply with their demands. According to Ohene-Gyang, the family members did not want news of Sam’s death to be made public.

Ohene-Gyang told CPJ that the threats continued for two days and he feared for his life, but he did not report the threats to the police because he doubted the police would protect him. The threats only subsided when President Nana Akufo-Addo confirmed the death in a broadcast on national television on June 14, Ohene-Gyang said.

Jonathan Sam did not respond to calls and text messages from CPJ on June 30.

In a separate incident, on June 20, Amarh, a reporter with the privately-owned Kingdom FM radio broadcaster, and Azu, a regional correspondent for the privately-owned Atinka TV broadcaster, were covering an intra-party election at a polling station in Ghana’s eastern Homowo electoral district when they began documenting police officers slapping a party delegate, the journalists told CPJ via the phone and messaging apps.

Upon seeing the journalists filming and taking photographs, a group of eight officers briefly handcuffed Amarh and seized her phone for about 15 minutes, Amarh said. Azu told CPJ that one of the officers tried to scare him by removing his gun from its holster while demanding his phone. According to Azu, other journalists and police officers intervened to prevent his phone from being seized.

Amarh and Azu said that they were then questioned by police, and forced to delete the footage and photographs of the officers slapping the delegate from their phones. The incident was also reported by News Ghana.

“Authorities in Ghana must investigate the threats to journalist Emmanuel Ohene-Gyan and ensure his safety,” said Angela Quintal, CPJ Africa program coordinator, from New York. “Separately, the fact that officers harassed journalists Rebecca Ashley Amarh and Philip Akutey Azu for recording instances of alleged police brutality reflects the contempt for accountability in crimes against journalists that have plagued Ghana’s law enforcement. It’s a pattern that must end.”