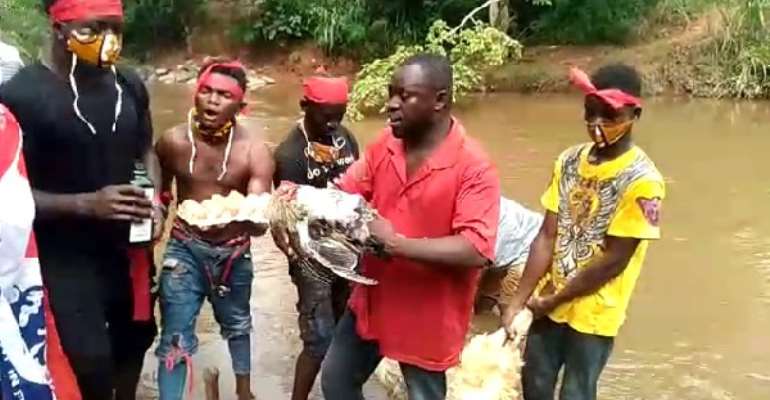 The Ashanti regional secretary of the National Democratic Congress Kwame Zu has indicated that the party will encourage anyone who takes any action, including invoking curses to ensure that the right things are done.

Mr Zu made the assertion, commenting on the conduct of some members of the party who invoked curses of the Drobonso River deity against any persons who bussed anyone to the Sekyere Afram Plains constituency to partake in the registration for the new voter's register.

The NDC guards the constituency sternly as it forms one of its three seats in all the 47 constituencies in the Ashanti region aside Ejura-Sekyedumase and Asawase.

The NDC delegates who took to the rivers in Drobonso to invoke curses made reference to an accident that claimed the lives of some students who were ostensibly bussed to partake in registrations in that constituency and dared the governing NPP to take any action of the sort.

Mr Zu contended, “I do not know any party member who has gone to curse anybody but what I do know is that there are precedents in this region where certain things have been done wrongly in times past and if precedents are guiding people and if indigenes and residents have found the need to protect themselves and ensure that the right things are done, they should be encouraged.”

Mr Zu also alleged that per some intelligence the party is picking, the New Patriotic Party in the region is also scheming to offset its majority votes in Asawase by mobilizing people from Bantama and its adjoining constituencies, to register in Asawase.