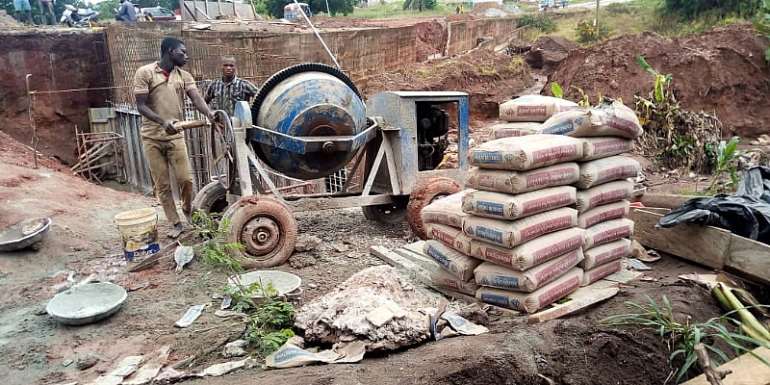 Residents of Wenchi in the Bono Region have applauded PMC Africa Building & Construction Company Limited, the Firm undertaking road projects in the Municipality for defying the inconveniences and destructions being posed by the rains affecting the smooth execution of the projects.

In a public reaction, residents commended the company known for quality and durable project execution pointing to a number of decades-old capital intensive projects in the area constructed by PMC Africa that has lasted all these while. They say they still reap the immeasurable benefits from the company's projects, not only in the area but also in other regions across the length and breadth of the country.

Residents also credited the Company for its loyalty, patience, commitment, and tireless work to always complete projects within schedule.

The construction company was again credited for demonstrating trust, diligence, and non-profitable interest, over the years, as a highly reputable firm whose projects never stall during execution.

In an unexpected inspection visit to the various projects sites, the tenacity with compelling professionalism, determination and hard work at its best came to bare when the Contractor PMC Africa led by its Chief Executive Officer Alhaji PMC and the team of engineers were seen busily working at the sites in defiance of the rains.

One of the major projects being carried out is the bridge with tunnels on the Wenchi-Techiman linking the Northern and Southern sectors including neighboring countries such as Burkina Faso, Mali, Niger, amongst others. Construction of under-bridge with Retaining Walls to accommodate the large volumes of water that converge and block the roads during rains.

The international road was gradually being broken, washed away, and was near collapse, due to the rains. But for the timely intervention of the Member of Parliament and Minister for Planning Prof George Gyan-Baffour and the Municipal Chief Executive (MCE ) Dr. Prince Kwakye Afriyie, the international road would have cut off.

Economic and other business activities and livelihoods would have ground to a halt. Residents and travellers would have been stranded. The project is really a "saviour". Residents say they have every course to be excited about the rate of developments in the area.