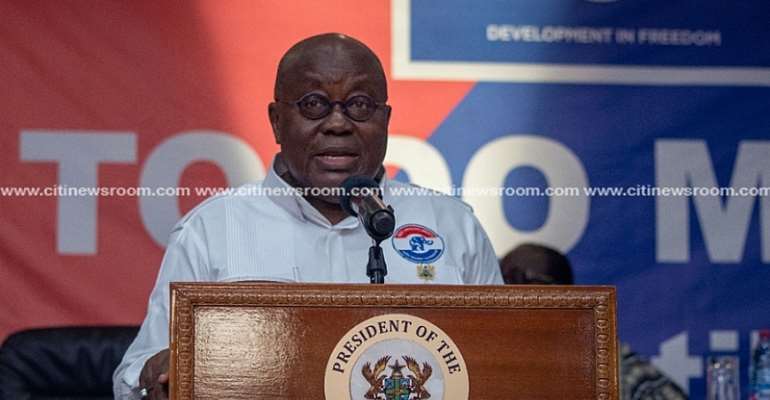 President Akufo-Addo has encouraged the Members of Parliament of his party who were defeated in their parliamentary primaries last week to cheer up.

He said such MPs should instead channel their energies into supporting the NPP to win the 2020 general elections.

The NPP on June 20, 2020, held its parliamentary primaries in the constituencies it has sitting Members of Parliament.

About 42 incumbent MPs were defeated in that election.

While delivering his acceptance speech after he was acclaimed as the presidential candidate of the NPP for the 2020 polls, President Akufo-Addo urged the losing candidates to unite behind the party going into the 2020 elections.

“Losing one election cannot and does not mean the end of your political life. I am a living example. I urge all of us to get over our disappointment quickly unite. This is the message I gave to the 42 losing members of Parliament who lost when I invited them to meet with at the Jubilee House on Thursday evening. I believe the message went down well, especially if we recollect the impressive words several of them uttered after their defeat. We have a good story to tell and we should go out to tell.”

“On every sector of our lives, we should show the difference between the NPP way of tackling problems and the way our opponents do it. We grow the economy, they shrink the economy. We create the properly regulated enabling atmosphere for businesses to flourish,” he said.