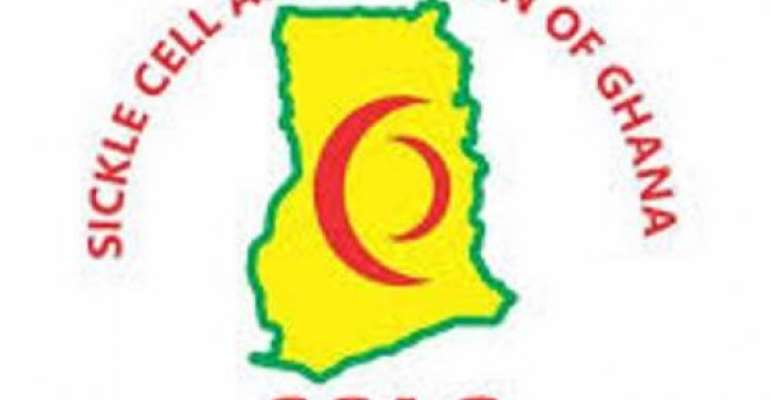 The Sickle Cell Association of Ghana (SCAG) is urging Ghanaians to treat sickle cell patients with love and compassion and desist from stigmatizing them.

Ghanaians should also work towards encouraging people, especially the youth, to test and know their status so that people could make informed choices when it comes to choosing lifelong partners.

A statement signed by Dr. Joseph Sarfo Antwi, Secretary, and issued in Kumasi to mark this year's World Sickle Cell Day, which falls on June 19, SCAG pointed out that, the disease was not a curse, neither was it the fault of patients.

It said the disease if managed well, patients could live long and fulfill their lives.

The Association bemoaned the myth and superstition associated with the disease, which had heightened stigmatization of sickle cell patients in the communities.

According to SCAG sickle cell disease was an inherited disorder of Haemoglobin, and was one of the world's foremost genetic diseases.

It has severe physical, psychological and social consequences for those affected and their families and is also one of the most lethal genetic diseases and the most prevalent genetic disorder in Africa.

The United Nations (UN) General Assembly adopted a resolution that 'recognized sickle cell condition as a public health problem' and declared the 19th of June every year as World Sickle Cell Day.

The resolution urged member states and organizations of the UN nations to use the day to “raise awareness of sickle cell condition at both national and international levels,” the statement explained.

The SCAG, therefore, urged all Sickle Cell Disease (SCD) clients throughout the country to endeavour to observe all the protocols instituted by the government to contain the spread of the disease to stay safe.

NPP Wants To Win Vote With Suspension Of Law Banning Acciden...
29 minutes ago