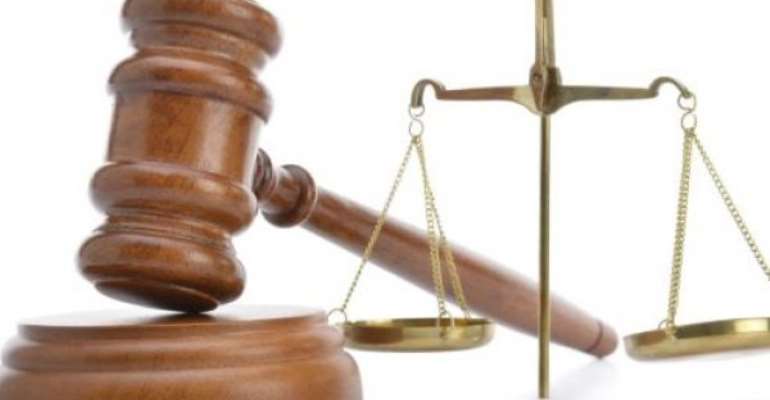 One Seth Alowin Attoh, a businessman accused of defrauding three persons of GH¢22,500.00 under the pretext of securing them Bulgarian visas but failed has appeared before an Accra Circuit Court.

Attoh charged with three counts of defrauding by false pretences, pleaded not guilty.

The court presided over by Mrs. Afia Owusuaa Appiah admitted Attoh to bail in the sum of GH¢25,000.00 with two sureties to reappear on July 14.

The case of prosecution was that Attoh operates a firm at Hansonic, near Dansoman, Accra.

Prosecution said in March 2018, Attoh informed the complainants Nii Agyei Laryea, David Cudjoe Boakye, a driver and Gloria Osei a trader that his company had been contracted to organize trips around the world.

Based on that, prosecution said the complainants expressed interest hence, Laryea on March 2018, paid GH¢9,500.00 to Attoh.

The Prosecution said later Boakye and Gloria also paid GH¢8,000.00 and GH¢5,000.00 respectively to Attoh to procure them the Bulgarian visas.

The prosecution said Attoh after collecting the money was unable to secure the visas, so the complainants reported the matter to the Police and Attoh was arrested.