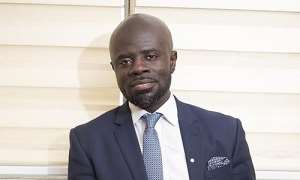 Kofi Abotsi, the Dean of UPSA Faculty of Law, expects the Supreme Court to place a premium on the national interest when it delivers a judgment in the suit challenging the exclusion of the existing voter ID from the list of valid documents needed to register to vote.

“The law is a substantial factor for consideration but by no means exclusive,” Mr. Abotsi noted on the Citi Breakfast Show.

He expects the court to stand by the purposive principle in its constitutional decision making.

The judges will be seeking to understand the purpose of the law which “goes beyond the legalistic impression of the law per se.”

He also surmised that the Supreme Court will be looking at this from a national interest perspective so “the interest of the Electoral Commission and the interest of all kinds of entities including political parties will not be overridden.”

Mr. Abotsi further stressed that “purely legal justice is not justice” whilst recalling the 1954 Brown vs the Board of Education case in the United States of America where it was ruled unanimously that racial segregation of children in public schools was unconstitutional.

“If you read that case, there was virtually zero citation of law because the United States condition itself doesn’t say anywhere that people shouldn't be segregated,” Mr. Abotsi said.

Ultimately, he noted that whatever outcome of the Supreme Court will take precedence over the amendments pushed by the Electoral Commission.

“Parliament cannot make a law that has the effect of changing the outcome of a judgement. Therefore, if the Supreme Court comes to the conclusion that the C.I. has the effect of undermining the decision of Abu Ramadan, for example, the C.I. would have been automatically repealed.”

The National Democratic Congress (NDC) is challenging the Electoral Commission in court on the matter.

On June 9, Parliament voted to allow the EC to use the Ghana Card and Passports as the only forms of identification for persons registering to vote after relevant Constitutional Instrument had matured.

The EC presented the Public Election (Amendment) Regulation, 2020 (C.I. 126) to Parliament to amend C.I. 91 in order to change the current identification requirements.

But the NDC feels this amendment will lead to many Ghanaians being disenfranchised.

The Electoral Commission subsequently submitted its legal justification for the amendment and described the old voter ID as “a fruit from a poisoned tree” and a breach of Article 42 of the constitution, which defines who is qualified to register to vote.

The EC cited the court's judgement in the Abu Ramadan case, where it indicated that the use of the National Health Insurance Card to register a voter is inconsistent with Article 42 of the constitution and therefore void.

In line with the judgement in the Abu Ramadan case, over 56,000 names registered with the National Health Insurance Scheme (NHIS) cards were deleted.

It further argued that it was an independent body and had the constitutional responsibility of determining how any registration exercise will be conducted.