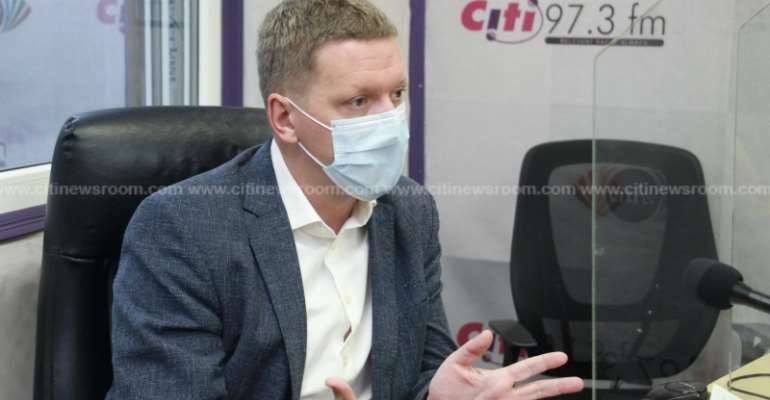 The British High Commissioner to Ghana, Iain Walker, has called for the need for better collaboration among stakeholders ahead of the 2020 general elections.

Speaking on the Citi Breakfast Show, Mr. Walker said the UK’s main concern ahead of the election was to make sure they are inclusive, safe and transparent.

“Our [the UK’s] role is to support things like encouraging an open and free media, to encourage inclusivity, and to help civil society monitory and that kind of stuff.”

Amid controversy over the EC’s preparation for the polls, Mr. Walker noted that “it is really important that the arguments focus on the policy differences on which people should be voting and not the rules of the game.”

The current arguments enveloping the EC’s work have to do with its decision to compile a new voter register.

In addition, the commission has proposed a change in the identification requirements for registering to vote.

This has led to the EC being accused of conniving with the National Identification Authority (NIA) to rig the 2020 elections .

The contentions over the process have also led to the largest opposition political party, the National Democratic Congress, boycotting key meetings on the voter registration exercise.

It was, for example, absent from the recent Inter-Party Advisory Committee meeting on the compilation of a new voter register where it was announced that the voter registration would begin in June .

With the election some six months away, Mr. Walker said it was imperative the differences, among others, are resolved.

“Where people have legitimate differing points of view, it is really important that they are brought together to reach a conclusion on that and I think that comes down to the key protagonists to make sure they resolve those differences.”

Former President Jerry Rawlings has been part of recent calls for better transparency and consultation from the EC.

In his address at the 41st anniversary of the June 4 uprising, Mr. Rawlings said this will prevent unnecessary suspicion and promote a peaceful and cohesive society.

A pro-government think tank, the Danquah Institute, also criticised the lack of clarity in the EC's communication on the voter registration, which it says was adding to the controversy.

Religious observers like the Ghana Pentecostal and Charismatic Council (GPCC) described the current situation as volatile and advised stakeholders to “jaw-jaw other than fist-fist.”

The commission itself underscored the importance of dialogue and said it will not leave stakeholders in the dark.

“We will come out with all those details later; as soon as practicable. We will definitely have to communicate with the public, particularly our stakeholders, on how we are going to go about it.”