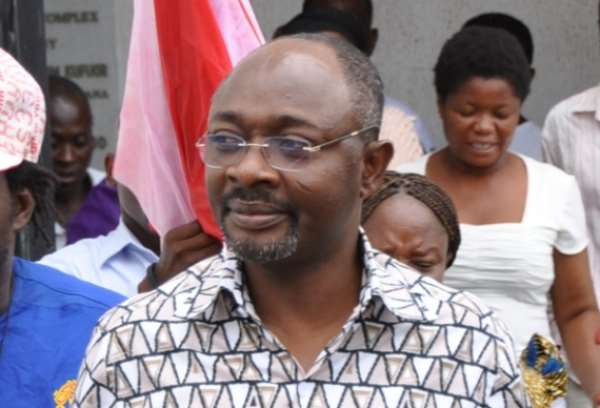 Chief Justice Anin Yeboah has advised businessman, Alfred Woyome, to cough up money to settle his GHS47 million debt to avoid the sale of his properties.

Justice Yeboah made the comment during the hearing of an application by the Attorney General seeking clearance from the court for the State to take over Mr. Woyome’s properties instead of selling them.

The application by the AG follows a request by the National Security for the transfer to the State some properties belonging Alfred Woyome which were ordered by the court to be sold to offset his debt to the state.

The properties include two mansions at Trassaco Estate, a house at Kpehe where he resides, an office complex of Anator Holdings, a residential building at Abelemkpe and a stone quarry in the Eastern Region including its plants and equipment.

The case was adjourned to 24th of June due to the unavailability of the lawyer of Alfred Woyome.

In July 2014, the Supreme Court ordered Mr. Woyome to refund GHS51.2 million to the state on the basis that the manner in which he obtained the money was unconstitutional.

The payment concerning contracts between the state and Waterville Holdings limited in the construction of stadia for the 2008 African Cup of Nations held in Ghana.

The Supreme Court gave the Attorney General permission to sell properties belonging to Mr. Woyome to offset part of the GHS47 million he owes the state.

The ruling followed claims made by the Receivers of defunct UT Bank that some of the properties identified by the State for sale were theirs.

According to the lawyers of the defunct UT Bank, Mr. Woyome used the said properties as collateral for loans at the bank which he failed to pay back.