Paris allows restaurants to use public space for post-Covid reopening 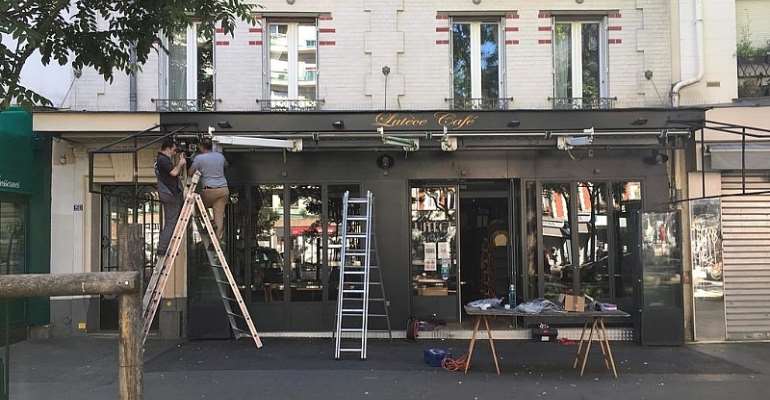 Parisian bars, cafés and restaurants will be able to expand their terraces onto sidewalks and streets on Tuesday as they reopen for the first time since closing in mid-March as part of measures to slow the spread of Covid-19.

As part of the second phase of the French government's plans to recover from the coronavirus epidemic, bars, cafés and restaurants will be able to open on Tuesday, as long as they ensure all customers are seated, there are no more than 10 per table and there is at least a metre between groups.

In the Paris region, which the government considers to be vulnerable to new infections, establishments are only allowed to open their terraces.

While many owners are eager to get back in business, the limited reopening presents some restrictions. Only two thirds of the capital's establishments have terraces, and the average space of terraces is 10 square metres.

Roads can close for restaurants

In response, city officials are allowing bars, cafés and restaurants to expand their terraces onto sidewalks and even close roads in some areas.

“To help them, the City of Paris will allow them to freely occupy sidewalks, streets and parking spaces,” Mayor Anne Hidalgo said on Twitter.

The city has identified 23 areas where roads can be closed in order for restaurants to set up extra tables. The measures are planned to last until the end of September.

“It could be sidewalks when possible, or parking spaces. It might involve closing streets to vehicle traffic on some weekends to allow bars and restaurants to have more space,” the mayor told Le Parisien newspaper.

Establishments must post a charter on their windows affirming they will respect a host of measures including keeping noise down and playing no music, closing at 10pm, abiding by health regulations and ensuring ample space for passing strollers, wheelchairs and pedestrians in general.

The mayor's office has cited public health to justify other changes to public space, including closing parking spaces and streets to allow more space for pedestrians and creating temporary bike lanes to provide an alternative to crowded buses and metros and to cut down on pollution caused by vehicles.

These changes are destined to be key issues in the second round of municipal elections. The first round was held on 15 March and the second, planned for 22 March, was postponed due to confinement. It has been rescheduled to take place on 28 June.

“One thing the crisis has shown us at least is that we have to make radical changes to the way we organise public space,” said Green party candidate David Belliard, who has called on Socialist Hidalgo to align programmes in exchange for support.

But Hidalgo's main rival, Rachida Dati, of the right-wing Les Républicains, has predicted the incumbent's measures for bars, cafés and restaurants would be a source of discord.

“It was not discussed with café owners, and even less with residents,” Dati said. “It's going to create tension between customers and inhabitants, as well as pedestrians.”

Your Petition Is Opportunistic, Populist; We’re Already Prob...
33 minutes ago