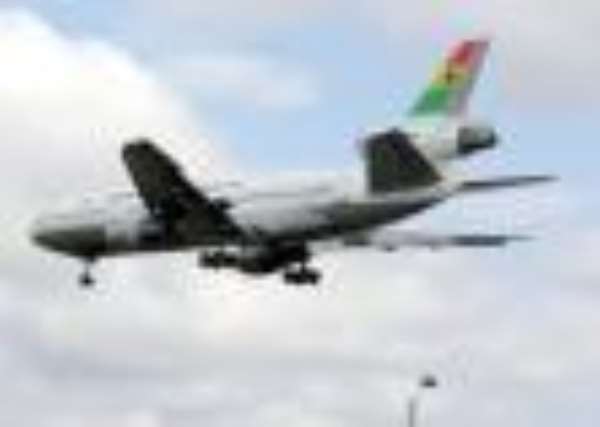 President Kufuor has charged the new minister of Aviation to competently nurture the growth of the national carrier, Ghana International Airlines.

Gloria Akuffo who heads the ministry was also tasked by the president to institute measures to strengthen Ghana's aviation industry.

The president said these at the swearing-in of 15 ministers and deputy ministers at the Castle.

All 15 ministers and deputy ministers swore the oath of allegiance and secrecy and proceeded to sign the oath book after which they were presented with their instruments of appointment.

The president lamented the flagging fortunes of the national carrier and pledged his administration's support for the aviation sector.

He said, “Ghanaians want to see an airline flagging their flights.

We haven't been too lucky. Ghana Airways has left the nation with huge debts. We are trying with Ghana International Airlines and perhaps its torturing of a new born institution”

The president urged them to include the citizens in the developmental process.