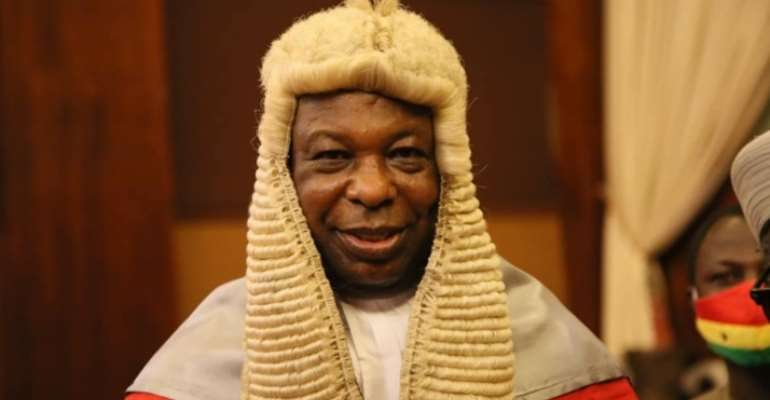 Interestingly, after Justice Tanko expressed his opinion on the Islamic Law on inheritance, several other reasons have been given by fellow Muslims justifying why a female child gets half of what a male child gets from the estate of a deceased father. The fact of the matter is that Allah did not give any reason for this law in the Quran, the Supreme Law of Islam, neither did the Holy Prophet Mohammed (SAW) gave any reason for it.

Also the argument that nobody can express a personal opinion on Islamic Law is factually inaccurate otherwise, we won't have schools of Thought in Islam such as Maliki, Hanafi, Hanbali etc whose opinions differ in how the laws of Allah should be applied and how Muslims should even perform our five daily prayers. Again, why do we have religious sects in Islam if we all agree on one interpretation/version of Islam or Islamic Law? You see, Justice Tanko as well as lots, if not all his accusers are equally guilty of passing their personal opinions on Allah's Laws.

Now to my point. In a secular country like Ghana where Muslims are in minority, applying the Islamic Law is a matter of FAITH since violating any of the laws of Islam cannot be punished in a court of law. There are many nagging issues believers had to contend with as part of their trials in life. The Islamic Law on inheritance is one such trials. Nomatter what, the females who get half of their male counterparts won't feel too comfortable. They only accept the Divine Verdict in good faith.

Another instance is that a Male can marry up to four wives but a female cannot marry more than one husband. Again, neither Allah nor Mohammed (SAW) gave reason for this. However, human beings of course have tried to justify polygamy based on their own opinions. The fact on the ground is that many Muslim women oppose polygamy and those who accept it do so reluctantly, most often.

Whatever you choose to call it is up to you. As a Muslim, I believe the Laws of Allah are part of the trials I must pass in order to inherit the Kingdom of God. To a legal practitioner, there should be equality before the law. In this case, a male and female must have equal amount of the property of a deceased person. Also, marriage should be one man, one woman. Anything short of this is discriminatory. Depending on where one stands, something may be right or wrong. The law always discriminates. Allah commanded Adam and Hawa to eat every fruit they wished in the Garden except one. How do you call this? Homosexuals cannot marry in Ghana legally. How do you call this one too? My next article will be on hijab.

Justice Tanko's opinion was the position of the secular law of Ghana which reigns superior to our Islamic Law in Ghana here unfortunately. I have watched the video several times and I think his explanation was not completely out of place. However, if I were him, I would not have used the word discriminate but if you have been to an interview before, you will not be too hard on him. Some questions simply disorganizes the interviewee.

In conclusion, expressing a personal opinion on Islamic Law doesn't make one a kaffir (disbeliever). There are conditions that make a person a kaffir. Allah judge people by their intentions. Allah does not hold people accountable for the mistakes in their actions. We Muslims clearly understand this. The reason we should be the least to condemn others to hellfire. The famous story of Prophet Moses and the Wise man Khidr should be our ultimate guide. Intentions are even more important than the outcome of events to the Muslim.