Akufo-Addo Has Absolutely No Control, Influence Or Authority Over The Courts — NPP Group 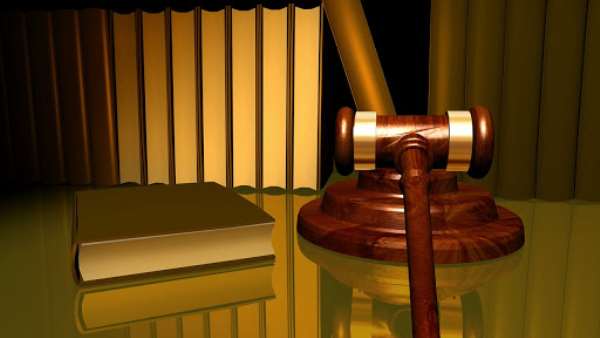 The Members of the New Patriotic Party have replied to a petition by the National Democratic Congress seeking to bar President Akufo-Addo from coming to the Savannah Region over his alleged involvement in the imprisonment of a Gonja chief.

According to Frederick Abubakari Tahiru, President Akufo Addo has no influence over the judiciary system in the country and that he had no hand in the imprisonment of the Gonja Chief.

"The NDC sought to twist issues as if it was President Akufo-Addo who jailed Alhaji Salifu knowing full well that President Akufo Addo has absolutely no control, influence or authority over the courts of Ghana."

One of them was Alhaji Dinpewura Alhaji Osman Salifu Mimina the former Deputy National Security Coordinator and a sub-chief of the Salaga Traditional Council who was sentenced to five years in prison for his involvement in the procurement of some equipment.

His sentence has provoked arguments from many people in the region much particularly among NDC activists for convicting a chief.

But the NPP had an opposing view on the matter, "Alhaji Salifu was afforded all the opportunities under the laws of our country and he fully defended himself. At the end of the criminal trial, Alhaji Salifu was found guilty of the charges of conspiracy to willfully causing financial loss to the state in contravention of the Public Procurement Act, 2003 (Act 921) and intentionally misapplying public property. Our brother Alhaji Salifu unfortunately could not run away from the long arm of the law and has been handed a jail term of five (5) years."

Briefing the media at the Savannah Regional capital Damongo Frederick clarified that the region was also a beneficiary of the President's promised district and regional hospitals and not been left out by the government.

Mr. Frederick Tahiru noted that the act of the NDC to petition the President through the Yagbonwura could brood criminals at the various palaces across the country and subsequently jeopardize with national security, "The action by the NDC to draw the office of his Royal Majesty of Gonjaland Yagbonwura Tumtumba Boresa Jakpa I into the issue is misplaced, highly mischievous and will open the doors to other Ghanaians to run for refuge in palaces of our revered chiefs when the laws of the land catch up with them. "

He also accused the NDC of attempting to cause mayhem among the people in the region, "Clearly, this act by the NDC, led by an inexperienced Regional Communication Officer, Mr. Basintale, who failed to appreciate the complexities and nature of this matter is exceedingly divisive, highly tribalistic and has the tendency of creating chaos in a young united Savannah Region."

He also blamed the leadership of the NDC saying, " In spite of our differences with the NDC, we acknowledge that there are some serious-minded persons who are members of the Party and the situation where the childishness of Mr.Basintale is allowed to be the norm for the NDC is a very unfortunate circumstance. Unguided and unwise youthful exuberance is leading Mr.Basintale wayward and the earlier he is called to order by the elders of the NDC, the better for our Region. The embarrassment he is causing the Savannah Region is getting out of hand."

The NPP also urged the Yagbonwura Tutumba Boresa I to disregard the petition by the biggest opposition party in Ghana and assured of the NPP's commitment to developing the area: "We are confident and certain that our revered and distinguish Overlord, Yagbonwura Tumtumba Boresa Jakpa I, wise and great as he is, will not give any attention to these shameful and infantile claims by the NDC. "Savannah Regional politics should be a serious enterprise and the NPP assures the good people of our beloved Region that it will play a constructive role in the development and progress of our society."

Mr. Frederick Abubakari Tahiru advised the lawyers of the convicted chief to go for an appeal at the courts Instead, "At this trying period, we of the NPP in the region are with Alhaji Salifu Mimina in prayer. All is not lost, he has the right to appeal and we urge that he exercises that right."

Conflict 'behind us', Ivory Coast's Ouattara says after gree...
45 minutes ago