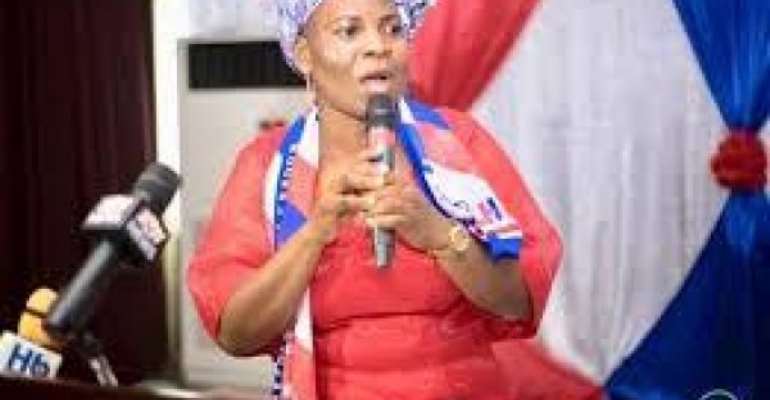 The 3-year-old girl is suffering from a life threatening Esophageal Atresia.

The toddler, who hails from Assin-Akrofuom in the Assin South District of the Central Region, is expected to undergo surgery next week at the Paediatric Unit of the Korle-Bu Teaching Hospital.

Esophageal Atresia is a birth defect whereby part of a baby's esophagus (the tube that connects the mouth to the stomach) is not properly developed.

At a brief ceremony to present the cash on behalf of the Regional NPP Women' s Wing, to the family, Mrs Antwi thanked Mr Joe Ghartey, the Minister for Railways Development, for drawing her attention to the girl's plight after seeing it on television.

She said she was terrified after watching the heart wrenching video of beautiful Christiana, who has never been able to eat through her esophagus since birth but through an exterior tube connected to her stomach.

The Regional Woman Organizer expressed gratitude to the Party for the support given her and pledged her unwavering determination to go all out in empowering all women and children to give hope to then.

She said when women are empowered to lead full and productive lives, children and families prosper, adding that, women's influence in key decisions improved their lives and has positive effects on child well-being and development.

Also, the NPP would maintain its commitment to ensure a prosperous nation, with a strong and thriving democratic society in which mutual trust and economic opportunities exist for all.

Receiving the donation, Mr Owusu, the father of the girl, expressed gratitude to Mrs Antwi for the support.

He said the disease has drained the family of its little savings as they had to cough hundreds of cedis every week for reviews, drugs and transportation to the Korle-Bu Teaching Hospital for medical care.