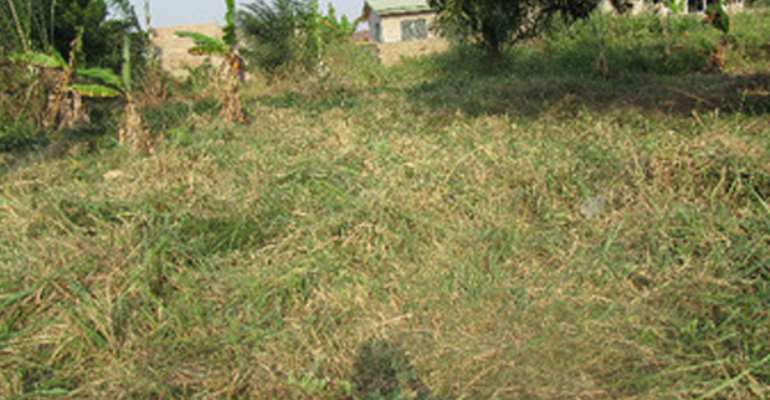 Residents of Mobole in the Greater Accra Region have cautioned prospective buyers and developers to be on the lookout for people who are perpetrating land fraud in the area.

Gideon Agoe Tetteh, who is a leading figure in the community, said some unscrupulous individuals had besieged the area and were selling already-sold plots to unsuspecting buyers who eventually encounter problems as they try to develop the lands they have bought.

Mr. Tetteh, therefore, urged persons who might have already done some form of business with such fraudsters to quickly ensure that they get their monies back before it becomes too late.

He said most prospective buyers fail to do due diligence, thereby creating misunderstanding between them and the original land owners.

“We have confronted these buyers and have shown to them documents covering the lands. The worrying aspect is that most of these buyers could not identify the people who sold portions of the land to them except to say that they are dealing with a man they only know as Osmanu,” Mr. Tetteh disclosed.

He stated that information he got from the buyers was that the said Osmanu works for a certain man who is resident at Odumse, near Dodowa, but they could not mention his name.

“I have said anyone who buys portions of the lands from these fraudsters is doing it without our consent. The person should not come back to blame us later because we are in the process of evicting all of them from the land using legal means. We are law-abiding citizens and will use legal processes to evict every one of them from the land,” Mr. Tetteh pointed out.

“In 2o12, some people who were claiming ownership of the lands sued our family in court. The court went into the case and in 2015, the High Court of Justice (Land Division) ruled in our favour. We have the title to the land,” he added.

Besides, he urged prospective developers to always consult the right people before they buy lands.