25 new clusters of Covid-19 in France, as massive testing gets underway 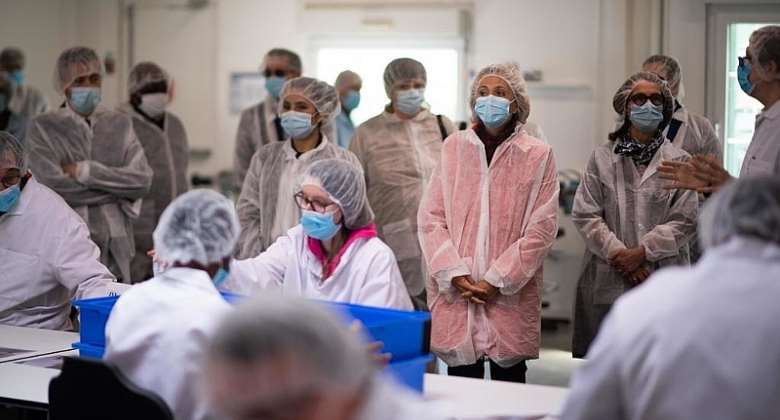 One week on since France lifted its restrictive measures in place to curb the spread of coronavirus, dozens of clusters have appeared in different regions across the country. Health authorities have assured the public that these situations are under control and massive testing is underway.

Health experts had already warned that new contaminations would appear as the lifting of lockdown measures continued, and the only way to contain the spread would be to ensure tests were done and any cases isolated if necessary.

France's health minister Olivier Véran told Le Parisien on Sunday that a national system for testing, isolating and breaking the chain of transmission was operational.

The government objective government is 700,000 tests per week, he said. It is estimated that there are only approximately 350,000 a week at present.

Ambitious testing campaign
Special teams of workers have been established in each region to deal with tracking down anyone who has been in contact with an infected person, and asking them to get tested, a lengthy process.

Daniel Lévy-Bruhl, head of respiratory infections unit for the national public health service told Le Journal du Dimanche that "the easing of confinement will inevitably lead to a rise in the number of transmissions."

As the amount of testing goes up, automatically more cases will be confirmed. But this is not necessarily a cause for alarm, experts say.

Antoine Flahault, epidemiologist, told Le Journal du Dimanche that as long as there are under 1000 confirmed cases per day, France "is in a secure zone," when it comes to the epidemic.

Jean-Paul Quillet, the director of Saumur Hospital in the Pays-de-Loire region told France televisions that he would prefer the term "centres of infection" rather than "cluster" and is keen to underline that testing does not necessarily mean someone is ill.

"We have 63 patients who are potentially contaminated, and will be tested, 23 have already tested positive, 40 others negative," he explained.

"Out of 23 patients, on Sunday, 18 have been sent to special covid-19 units in hospital in Saumur since last Wednesday. The five others have been sent home, and are being monitored by their doctors."

Hospitals, abattoirs
Other clusters have also appeared in hospitals, such as 50 cases in Lannion, Brittany, until now considered a 'green' zone with relatively few cases.

There, a patient in a geriatric ward tested positive on 1 May. Some 500 tests were carried out, and 50 cases of covid-19 confirmed, 27 of those health professionals, and 23 patients. All have been hospitalized or put into quarantine.

Three clusters have appeared in abattoirs in the last two weeks, one in Vendée, southwest France, another in the central department of Loiret,and a third in Brittany.

The local authorities have insisted that these cases are under control and all employees are being tested.

They also say there is no danger to the consumer of meat products handled in these abattoirs.

As of Monday, no clusters have been reported in Normandy or Corsica.

Clusters of Covid-19 in France: