Little hope ahead of polls as Burundi economy hit by virus 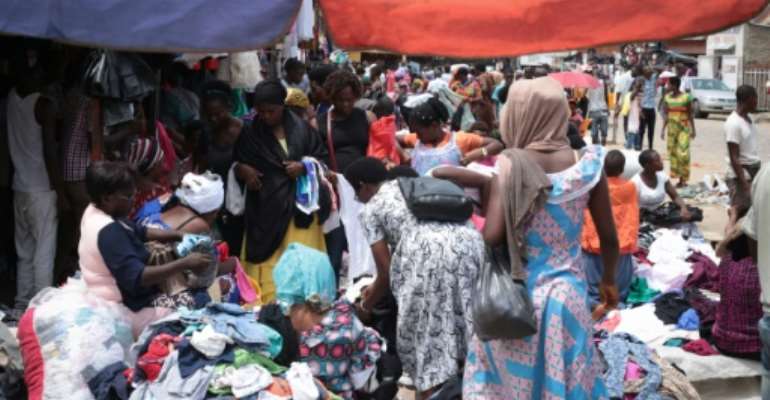 The World Bank ranks Burundi among the world's three poorest countries. By - (AFP/File)

Five years of political crisis have battered Burundi's economy, and there is little hope of a turnaround ahead of elections next week, as feeble signs of recovery have been dashed by the coronavirus crisis.

The country's last election in 2015, which saw President Pierre Nkurunziza seek a highly contested third term, led to violence that left at least 1,200 dead, displaced hundreds of thousands and led to a sustained crackdown on the opposition and media.

Poverty and unemployment have worsened, the Burundian franc has plummeted, imported products and foreign currency are scarce and the country was cut off by donors and placed under sanctions in the wake of the violence.

"As far as the economy goes, Burundi still hasn't emerged from the 2015 crisis, because almost all indicators are in the red, even if we were starting to see a small improvement," said Gabriel Rufyiri, president of Olucome, one of the main Burundian organisations fighting corruption.

After two years of deep recession, the economy had begun growing again in 2017 and the World Bank predicted growth of two percent this year -- still far lower than most African countries.

However the impact of the coronavirus crisis, which observers fear is spreading out of control in Burundi, could wipe out this progress.

"Unfortunately this small hope is being compromised by the consequences of the health crisis," said Rufyiri.

Burundi has officially reported only 27 cases and one death, but testing is very limited, no lockdown measures have been imposed, and the political campaign has been marked by jam-packed rallies attended by thousands.

The only significant measure taken is the closure of borders. Only the frontier with Tanzania is allowing trucks through.

The loss of business travellers and other visitors has paralysed hotels and restaurants in the commercial capital Bujumbura.

"Normally, more than 90 percent of our clients are Congolese businessmen. Today our rooms are empty," said Gerard, manager of a hotel in Bwiza, a neighbourhood in Bujumbura.

Second-hand vehicles, motorbikes, spare parts for cars or even cellphones, which usually come from Uganda, Dubai or China, are also becoming scarce.

"We no longer find cellphone accessories," said a trader in Bujumbura.

Foreign currency, already in short supply since 2015 due to the halt of budgetary support from foreign donors, and the flight of many westerners from the country, has become even scarcer.

The government in February shut all exchange bureaus to fight the depreciation of the Burundian franc (Fbu), pushing many exchange offices underground.

Burundi's Central Bank has only two or three weeks of foreign currency reserves for imports, compared to three months before the start of the crisis, according to the World Bank.

Independent analyst Faustin Ndikumana said many sectors of the economy were suffering.

At Bujumbura's biggest market, "wholesalers of construction materials, banks, taxis and other transport vehicles have seen their activities plunge, for some more than 80 percent," he said.

Burundi is ranked by the World Bank among the three poorest countries in the world.

According to the World Bank, 75 percent of the population lives in extreme poverty, up from 65 percent when Nkurunziza came to power in 2005.

Youth unemployment is at 65 percent, according to the African Development bank, and six out of 10 children suffer growth stunting due to malnutrition.

"In reality, Burundi is merely continuing its slow descent into hell" since 2015, said Ndikumana, highlighting the "poverty of households, inflation affecting basic goods, lack of currency, the desperate situation in the rural areas which represent more than 80 percent of the population".

As a result of its lack of foreign currency, Burundi suffers shortages of fuel, medicine and most imported goods.

"The economic record of Nkurunziza's 15 years in power is catastrophic. He has taken Burundi backward on all levels, he has completely isolated the country from its traditional donors and even neighbouring countries. It is a calamity," said Aime Magera, exiled spokesman for the main opposition National Freedom Council (CNL).

Nkurunziza has assured that he will leave his successor "crates overflowing with money".

But ruling party candidate Evariste Ndayishimiye, his handpicked successor, knows there will be work to do.

He has promised to "fight poverty and develop the country", arguing that his party has taken 15 years to "lay the foundations" for the future, and it was not the time to put "amateurs" in power.

Ghanaian Kills Colleague In US
4 hours ago