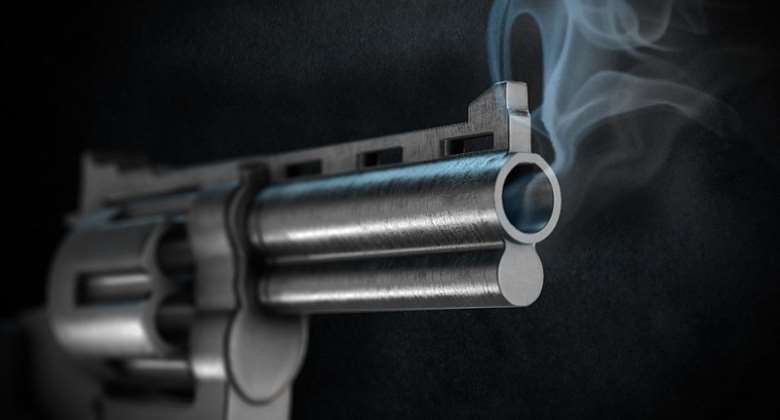 The lady, identified by the police as Sylvestina Arthur, according to sources, demanded one thousand Ghana cedis from her police boyfriend, now in custody, to seek medical attention but did not attend the hospital after receiving the said money.

Instead, Sylvestina Arthur went to another male friend’s house and spent the night there.

A police source who briefed Empire News’ Emmanuel Ohene-Gyan revealed that Sergeant Nuhu Mohammed who was at the girl friend’s house could not believe she had left for another man’s residence.

Infuriated by the action, Sergeant Mohammed gave multiple shots and destroyed some personal belongings to show his displeasure about the raw deal handed to him. The two were arrested while investigations continue but the lady has been granted bail while Sergeant Nuhu Mohammed is still in custody.