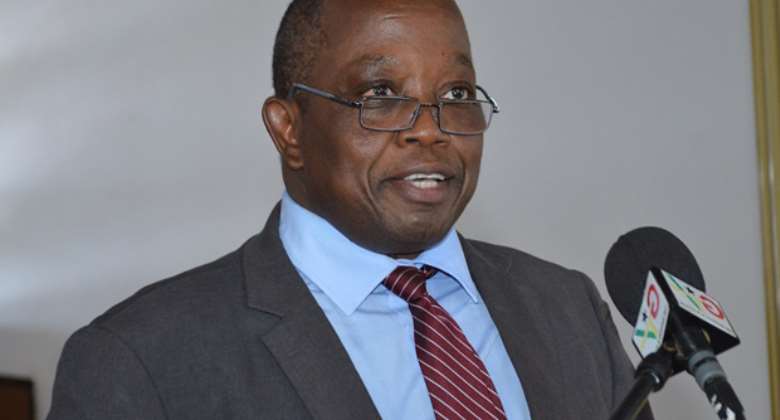 The ruling on whether or not the Auditor General, Daniel Yao Domelevo, was in contempt of court in a case brought against him by Senior Minister Yaw Osafo-Maafo and four officials of the Ministry of Finance and Economic Planning is set for today May 12.

The judgment was initially scheduled for April 1, 2020 but had to be adjourned due to the partial lockdown of parts of Greater Accra, Greater Kumasi and Kasoa to curtail the spread of the Covid-19 pandemic which affected court sittings.

The Auditor General has been cited for contempt because according to the applicants, he allegedly refused to respond to an appeal they filed against his decision to surcharge them in the Kroll & Associates audit case and they claimed that the Auditor General should have responded to their suit within the timeframe stipulated by the rules of the court.

The Auditor General has claimed that Mr. Osafo-Maafo and the Finance Ministry officials paid UK firm, Kroll and Associates Limited $1 million for no evidence of work done and as a result, surcharged the individuals involved in authorizing the payment.

The Senior Minister and the others then appealed the decision, but Mr. Domelevo allegedly failed to respond to the appeal within the time stipulated by the rules of court.

The appellants, therefore, initiated a contempt action against Mr. Domelevo for his alleged refusal to file a response to their appeal against his decision to surcharge them.

According to the application filed before an Accra High Court, the Auditor General's refusal to file the required documents and reply to their notice and grounds of appeal within the mandatory stipulated time dictated by the rules of the High Court constituted contempt of the court where the appeal was filed.

The court presided over Justice Afia Serwaa Asare-Botwey directed lawyers for the parties – Yaw Oppong for the applicants and Thaddeus Sory for the Auditor General – to file their written submissions by March 20, 2020 which they complied with.

In his written submission, Mr. Domelevo claimed that he had not been personally served with the notice of appeal and the attached documents, but rather it was served on one Richmond Aryee who he admits is his secretary.

He submitted that the notice of appeal and the attachments which were served on his secretary were dropped on his desk which got mixed up with other documents which had piled up on his desk.

The applicants refuted Mr. Domelevo's claim of the processes not being served on him personally, arguing that it is not the practice when it comes to service of court processes on a public officer or government department like the Office of the Auditor General.

They also challenged Mr. Domelevo's claim that his attention was only drawn to the appeal processes on January 13, 2020 when he wrote a letter to the applicant's lawyer on January 21, 2020 seeking an extension of time to comply with the rules of court to file his response.

They said at the time Mr. Domelevo's lawyer wrote to the applicant's lawyer, he had six (6) clear days within which to file the response if indeed his attention was only drawn to the processes on January 13.