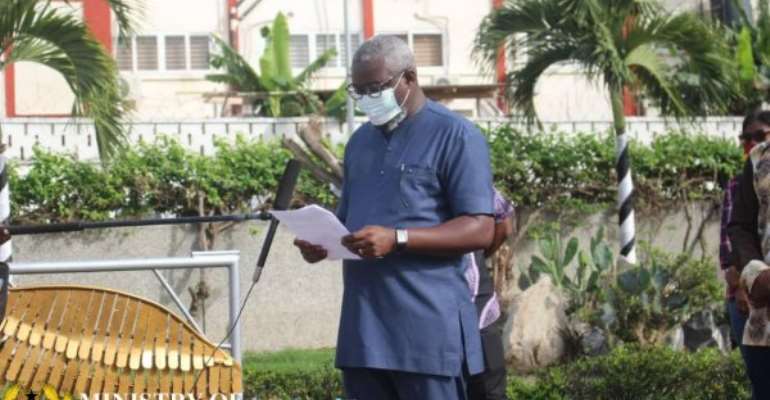 The Deputy Minister of Youth and Sports, Hon. Perry Curtis Okudzeto said this at the commemoration of the 19th edition of the May 9 Stadium disaster.

The Deputy Minister who was speaking on behalf of the sector Minister, Mr. Isaac Kwame Asiamah, said government was committed to ensure that unfortunate incident that befell Ghana sports does not repeat.

The 19th commemoration of the May 9 Stadium disaster was held at the Accra Sports Stadium in collaboration with the National Sports Authority (NSA) and the two glamorous clubs Kumasi Asante Kotoko and Accra Hearts of Oak.

It would be recalled that about 127 football fans lost their lives in a stampede at the Accra Sports Stadium during a premier league match between Accra Hearts of Oak and Kumasi Asante Kotoko on May 9, 2001.

The short ceremony held at the Accra Sports Stadium saw the presence of the Director of the NSA Peter Twumasi, the NSA Board Chairman Kojo Baah Agyemang, the Ghana Football Association General Secretary Prosper Harrison Addo and a representative each from Hearts of Oak and Asante Kotoko.