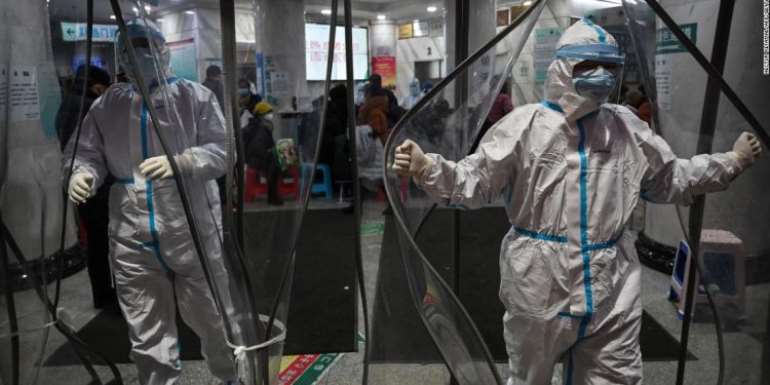 Some 78 individuals, believed to have come into contact with a person who tested positive for COVID-19 in the Jaman North District of the Bono Region have been quarantined.

The confirmed case involves a 27-year-old Togolese national who entered the country, together with nine others, using an unapproved route.

They were subsequently arrested by personnel of the Ghana Immigration Service after which their samples for Coronavirus testing were taken.

Out of the 10, one tested positive.

Bono Regional Director of the Ghana Health Service, Dr. Kofi Issah who disclosed the quarantining of the traced contacts, also urged residents to continue to adhere to all safety protocols to further prevent the spread of the disease.

“Some people may have cleaned up the courts after they had left and we know how long the virus can stay on surfaces. So all these 17 include some of the people in the court and others who came into contact with them one way or the other,” Dr. Issah said.

Residents of the town say they are living in fear after the first case was recorded.

Some residents who spoke to Citi News noted that they have started observing some of the safety measures to keep them safe.

“The situation here is very difficult, we are all scared, and the protection here is not tight because we don't have masks here and even if you were to find one to buy it would be the one made with African prints. There are no sanitizers here too. You can't even find some to buy so we are really terrified.”

“The fact is that we are scared, we are near the border; we shop with them, we run our businesses together and we keep getting close to them. Now that a case has been recorded, I am at home and I will not be going out because I don't know who has it.”

In that update by the Ghana Health Service, 372 new infections were recorded thereby increasing the country’s COVID-19 case count to 3,091.

The number of recovered persons is 303 while the death toll remains at 18.

The Greater Accra Region remains at the top of the case count list with 2,579 cases, followed by the Ashanti Region with 165 and the Eastern Region with 95.

It, however, leaves only three regions – Savannah, Ahafo and Bono East, with no confirmed cases.