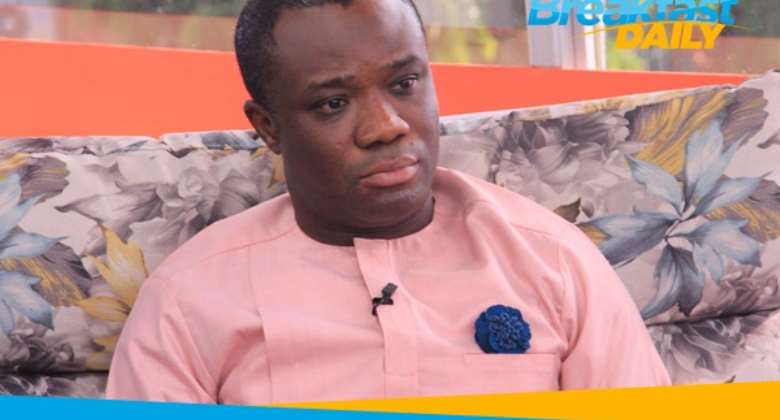 A former Deputy Minister of Communications, Felix Kwakye Ofosu has insisted that Vice President, Dr. Mahamudu Bawumia’s comparison of the power crisis under the Mahama administration to the COVID-19 pandemic makes no sense.

Mr. Kwakye Ofosu said it is wrong to compare the two issues especially when one is leading to the loss of lives, closure of borders, and social discomfort while the other resulted in the loss of products and a slight slow down in businesses.

Dr. Bawumia at a media engagement on Monday said the government has ensured a resilient and buoyant economy despite the harsh conditions presented by the coronavirus pandemic.

He also said the NDC government during the power crisis could not effectively manage the economy.

But Felix Kwakye Ofosu who could not phantom the basis for Dr. Bawumia’s comparison described same as ‘illogical’.

“I have had occasion to say somewhere that, [what Bawumia did] is akin to inviting me to take part in a beauty contest with a woman. It is illogical and with the greatest of respect to him, it does not make sense. A power crisis is not the same as a global health pandemic for that reason, the responses to both are not the same.”

“When you have a power crisis, there is either a shortfall in generational capacity or some difficulty. So the priority is to ensure that you bridge that gap and every resource you have will be pumped to bridging that gap like President Mahama did by ramping up the generational capacity a little up from 2,800 megawatts to over 4,000 megawatts and today the NPP bizarrely accuses him of creating more than we needed. It is true that businesses slowed down but production and economic activities did not halt,” he said on Breakfast Daily on Citi TV.

Mr. Kwakye Ofosu further accused the Vice President of fabricating theories and foisting it on the Ghanaians.

“The Vice President has gained notoriety for fabricating theories and foisting on the people of Ghana and abusing the confidence people will normally have in him. What did he seek to do that day by comparing a power crisis to a health pandemic?” he asked.