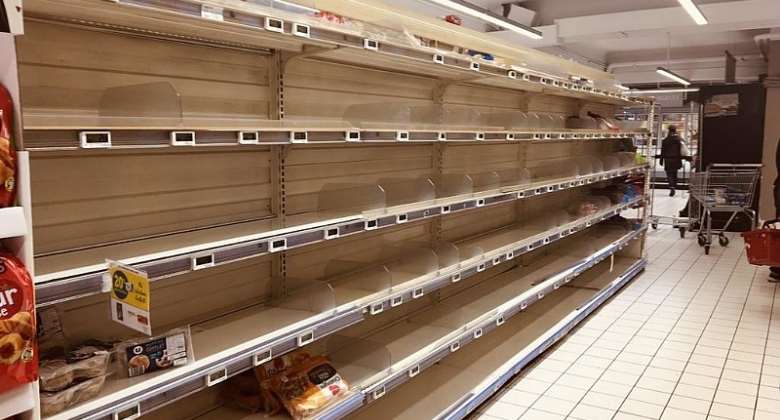 Food prices have crept up across Europe during the coronavirus lockdown as food growers struggle with supply chains disrupted by measures against Covid-19.

Certain fruit and vegetables have become more expensive in France since the start of the lockdown, according to the UFC-Que Choisir consumer association.

Bananas sold in France jumped by 12 percent when comparing prices of goods sold between 2-7 March and those on sale between 6-11 April. Likewise apples jumped by 9 percent between the two periods.

Vegetables, such as lettuce, turnip and tomatoes, have increased in price by 10 percent on average, said UFC-Que Choisir.

The reasons for price increases are numerous. Transport costs have increased and consumers have shown a preference for packaged fruit and vegetables, over fears about transmission of the virus, pushing up prices with the extra packaging costs.

An increase in labour costs is partly responsible, notably for seasonal workers, as well as continued difficulties in importing produce from abroad because of coronavirus. Overall, prices have increased by an average of nine percent across the board, UFC-Que Choisir's study found.

Fresh food prices in Germany have shown similar increases. Prices went up nearly 10 percent in April compared with a year ago, according to statistics from AMI, an agricultural markets consultancy cited by the AFP news agency.

The cost of vegetables spiked by almost 30 percent with prices jumping for cauliflower and broccoli. These veggies are usually imported from Spain and France, which have failed to attract enough workers to harvest the produce.

UK consumer watchdog Which has not reported any significant price increases for fresh produce. It says products shortages are easing following the spate of panic buying earlier on during the Covid-19 lockdown. Some goods remain in short supply, such as flour, but compared to the end of March, the situation has improved slightly.