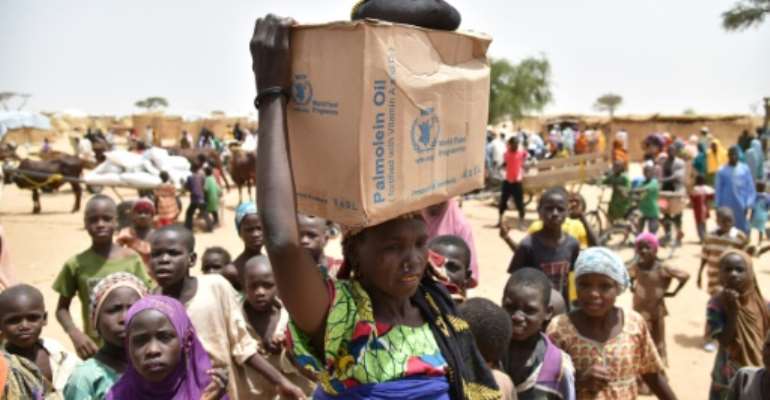 Boko Haram fighters clashed with government forces on Sunday in Diffa, the largest city in southwestern Niger, in what the jihadists said was a successful attack on a military camp.

Conflicting versions of the outcome emerged on Tuesday, with the Islamists claiming to have overrun the site but local residents telling AFP that the assailants had been repelled.

A soldier is seen lying face-down on the ground, either dead or unconscious, and being shot twice.

The assailants then leave the camp with military vehicles and weapons to the cries of Allahu Akbar (God is greatest).

The area around Diffa, a city of around 200,000 people located near the Nigerian border, has been repeatedly attacked by the jihadist group, which emerged in Nigeria in 2009.

Local people testified that they heard the sound of heavy fighting.

"We heard gunfire, especially heavy weapons, between 4:30 pm and 7:00 pm on the southern side of the city," Lawan Boukar, a local resident, said.

"It was an audacious infiltration attempt by Boko Haram, who were then forced back to the bridge at Doutchi," he said, referring to a cross-border bridge about 30 kilometres (18 miles) away.

Another resident said the attackers "came over from the Nigerian side in late afternoon, when the Ramadan fast was about to break -- they were obviously hoping to catch our soldiers unawares."

A security source confirmed "the attack" but did not give details. The defence ministry, contacted by AFP, said it would release a statement later.

Boko Haram's insurgency has claimed more than 36,000 lives since it began in northeastern Nigeria in 2009 and displaced nearly two million from their homes.

The violence spilt over into neighbouring countries in the Sahel in 2015, especially in the Lake Chad region, where the borders of Cameroon, Chad, Niger and Nigeria converge.

The Diffa region is home to 120,000 refugees from Nigeria as well as 110,000 people internally displaced within Niger, according to UN data released in October.

Sunday's attack came after an air-and-ground offensive against the group by Chad following a brazen attack in which nearly 100 soldiers were killed.

Chad claims it killed a thousand jihadists and lost 52 of its men, and drove the jihadists out of its territory.

In late March, Niger's defence ministry claimed that a "leading figure" in Boko Haram, Ibrahim Fakoura, had been killed in an operation in the Lake Chad region.

In 2015, heavy fighting broke out between Niger soldiers and Boko Haram fighters around the strategic bridge at Doutchi and near Damasak, a Nigerian border village which the jihadists seized in October 2014.

Damasak was retaken later by the Niger army, backed by Chadian soldiers.

Niger is also facing attacks from jihadists in the west of the country, coming from Mali.

Around 4,000 people were killed in Mali, Niger and Burkina Faso last year in jihadist violence, which is often intertwined with inter-community tensions, according to a UN estimate.