Sudan fights to protect crops from locusts as Covid-19 bites 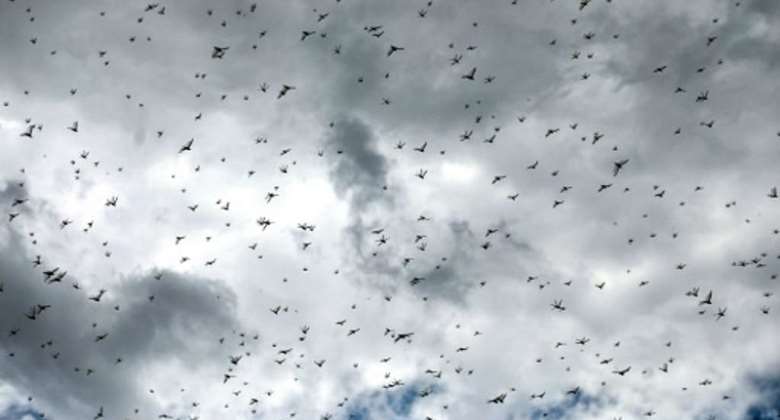 In the midst of a food shortage, Sudan is having to contend with a second round of desert locusts, which are set to swarm the centre of the country as well as the central and western Darfur regions, according to the UN Food and Agricultural Organization's Locust Watch.

Not only are scientists trying to protect crops from swarms that invade from other neighbouring countries, but they are trying to counter the homegrown locusts that are ready to hatch, according to Munir Gabra Butrous, a Khartoum-based UN Food and Agricultural Organization (FAO) consultant with over 40 years of experience in combatting desert locusts.

Locust scientists are stationed primarily along the borders, with 15 crop duster airplanes to spray pesticides in order to stop the insects from spreading.

Their mission is to save the large fields that produced an abundance of wheat, that could help the Sudan combat a bread shortage they are currently facing. But the harvest could be thwarted by the locusts, who destroy crops in large swarms, eating their way through fields.

“The situation in the Horn of Africa is very, very dramatic,” says Butrous. “We don't want to lose this to the locusts, that's why we are prepared to deal with any locust invasion or breeding internally,” he says citing that Sudan holds a surplus of pesticide.

According to the UN World Food Programme (WFP) report “Acute Food Security and Malnutrition Forecasts for 2020”, Sudan will have up to nine million people facing food insecurity this year.

WFP chief David Beasley warned last month of the “hunger pandemic” that could occur as food insecurity worsens in the shadow of the coronavirus pandemic. Famines “of biblical proportion” loom, he said.

The Africa Centres for Disease Control and Prevention reports that Sudan has 678 cases of coronavirus, with 41 deaths.

The Covid-19 lockdown in Sudan has prevented locust experts from traveling and visiting sites across the country. There are teams posted in each state, with some equipment including sprayers, pesticides, so work can continue relatively until the lockdown is lifted, Butrous told RFI.

“There is no doubt that coronavirus has impacted the locust operation – we could have been much more successful now, but at least Sudan can cope with the situation, taking all the precautionary measures for saving lives of the locust technicians,” he says, referring to the locust specialists who are of vital importance in protecting food sources.

Locust destruction has a knock-on effect within Sudan, especially for smallholder farmers, says Butrous. If locusts destroy the farmer's crops, he or she cannot eat. Farming communities in dire straits move into cities, where they look for jobs in a country that has over 50 percent unemployment.

“They have no options; some begin a life of crime,” he says.

Prices in the market continue to escalate on a daily basis – a large bottle of water cost 80 Sudanese pounds (1.30 euros), but the price in less than a month has risen to 125 Sudanese pounds (over 2 euros), he adds.

“The former regime followers want to make people suffer so they can go demonstrate against the government,” says Butrous.

“There are queues for bread, queues for cooking gas, queues for petrol, queues for diesel, queues everywhere. But people are resisting all these attempts from the previous regime. We shall see what will happen in the coming days,” he adds.