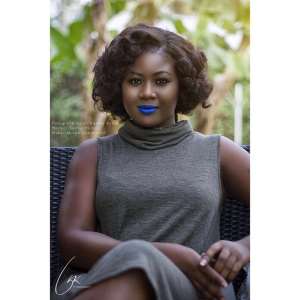 Ever since she cut her teeth into movie industry in 2011, Ghanaian actress,Salma Mumin has added the title, ‘Executive Producer’ to her portfolio.

Now, aside from acting, she owns movie production outfit called Salma Pictures which is responsible for the yet to be released movie ”No Mans Land”.

The actress who has joined the league of actors turned producers is gearing up for the premiere of her first movie titled, ‘No Mans Land’this weekend.

The movie, which has enjoyed a relatively good buzz online since the trailer dropped, features features big wigs such as Adjetey Annan, Wiyaala, Doris Sacketey, KOD, Yaayaa, as well as Nickie Samonas.

In an exclusive interview with Caleb Nii Boye on Radio G.I.J, the actress dished out on everything about the upcoming star studded movie.

Check out 5 things we know about the movie which premieres on February 13, 2016.

1. No Man’s Land is Salma’s first movie as a producer.

2. This is Wiyaala’s debut appearance as an actress.

3. The movie ,was made to acknowledge the hard looking Africa’s scene that presents the true worth of Africans’ strength and natural beauty.

4. The movie is about peace, war, love and it also portrays the uselessness of conflicts and wars in our present day and need to strive for peace.