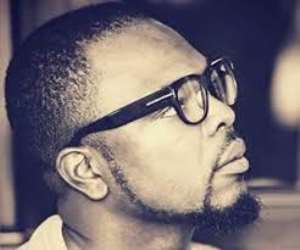 The fashion icon jumped on his social media page (facebook) to show his anger today February 5th as thousands of people have converged at the Black Stars Square in await of the mega crusade by Pastor Chris.

He made a strange comment as to whether Ghanaians think only God can solve their problems or a Minister.

According to him he is wondering whether the location of the event is full due to the high unemployment or probably people don't know what to do with their time.

He made this statement when he received a call from his daughters' school. The school had to close earlier than the normal closing time due to the Crusade.

''Some of us have lost faith in saying a prayer for ourselves and believing God would listen ... What makes another mortal's prayer better than yours? Just my thoughts. .. And I had a call from my daughter's school to pick her up early because of the Crusade. Really??????''

The Ghana Police has temporarily closed down some major toads in Accra due to the major crusade in Accra by Pastor Chris Oyakhilome.

Pastor Chris is a Nigerian Minister who is the founding president of Believers' Love World Incorporated also known as Christians Embassy.