Is Bisa Kdei Ready To Venture Into Gospel?

....Gospel Musician ObaapaLinda Says She Wants To Collaborate With Him
By  Kofi Oppong Kyekyeku (Ghanacelebrities.com) 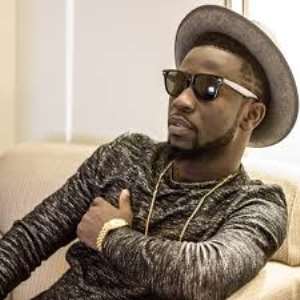 Ghanaian Gospel artiste Linda Dankyi-Koranteng, popularly known as Obaapa Linda, has disclosed that she would like to collaborate with hiplife artiste Bisa Kdei.

The ‘Thank You Igwe’ singer told DJ Murphy Lee on Entertainment Extra on Metro FM that he has a very unique voice, and thus she cannot wait to cook a gospel song with him.

“I would like to collaborate with Bisa Kdei because of his unique voice.” She said. “Looking at how he sings, heaven will even descend if God makes it possible fro us to come out with a gospel song.”

According to her, coming out with a gospel track is not easy because one has to seek for directions from God before releasing a track.

Obaapa Linda released her maiden album titled ‘Ebenezer’ in the year 1997—and was followed by ‘Se Yesu Kasa A’ in 2009.

She recently made a huge comeback into the music scene with her latest album ‘Hour Of Grace’.

However, Bisa Kdei in a phone conversation with GhanaCelebrities.Com correspondent Kofi Oppong Kyekyeku, said he will gladly accept any such offer to emanate from Obaapa Linda.

“Why not?” he queried when ask about his take on the issue at hand.

“Sure I will open up. I’m just doing my work and singing to impact people’s lives won’t be a trouble at all,” said the Mansa hitmaker.

“In Ghana here most people do not understand what gospel music really entails.”

According to him, “When someone comes out with any music which propagates good messages can be classified as a gospel song.”

Bisa Kdei revealed that he is working tirelessly to release his latest album ‘Break Through’ which contains the ‘Brother Brother’ track which is enjoying massive airplay in the country.