... As Adekunle Gold Gives Away A Gift Card To A Lucky Fan
By BHM GROUP 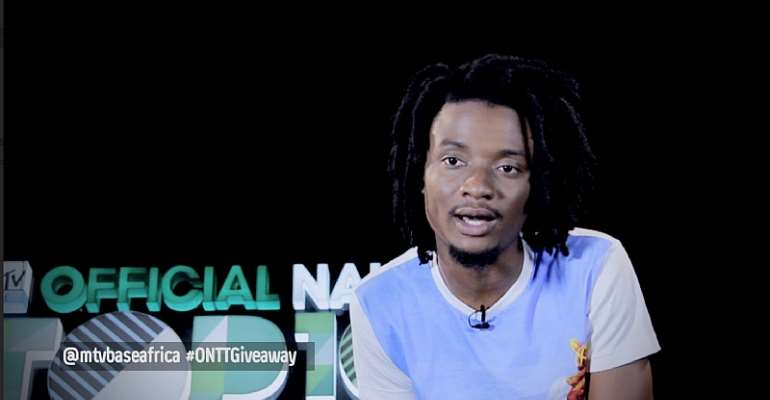 Topping this week’s edition of MTV Base Official Naija Top Ten chart, Patoranking ’s My Woman My Everything, Wande Coal’s Ashimapeyin and So More from Timaya .

The hit videos directed by Moe Musa, Unlimited LA and Thebza respectively, have for several weeks now appeared on different spots on the chart, alongside Runtown’s Banger, Koker’s Do Something and Bobo from Olamide.

Others on the chart are Seyi Shay’s Right Now directed by Meji Alabi, Nnunnu by Phyno, Falz’s Karishika and Yemi Alade’s Durotimi.

This week's show features YBNL's Adekunle Gold, who serenades with his popular hit single, Orente before giving out a gift card with which he says the lucky winner can shop.

‘This is for you Orente, with it, you can buy anything’ he said.

You can watch the MTV Base Official Naija Top Ten every Wednesday at 6pm on MTV Base channel 322.

Watch Adekunle Gold freestyle and give away a gift card here.