Stars Arrive In Ghana For 'Back In The Day Concert' 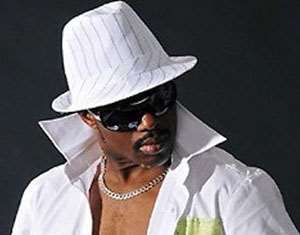 A number of Ghanaian hiplife artistes who left the country for the United States and Europe some years back have arrived in country at the weekend to perform at a music concert dubbed, 'Back in the Day Concert,' slated for September 21, at the Accra International Conference Centre.

The artistes, who included Ded Buddy, aka Qweci, Sonny Achiba and six others currently rehearsing in a secret location, have promised to quench the thirst of the thousands of music fans who would watch them live on stage.

Currently, all eyes were on Samini, Tic Tac, Chicago, Tinny, Slim Busterr among others, as they have carved a niche for themselves in the Ghanaian music scene for the past years.

Organizers of the show, Empire Entertainment, disclosed that the rich experiences of all the stars, coupled with their uncountable hits on the music scene, made them the perfect choice for the show, adding that music fans should come and experience an extraordinary concert on September 21.

We’re Investing Massively In Infrastructure; Not Rearing Fly...
17 minutes ago

Mahama Shakes Tarkwa As Menzgold Customers Give Him Rousing ...
17 minutes ago