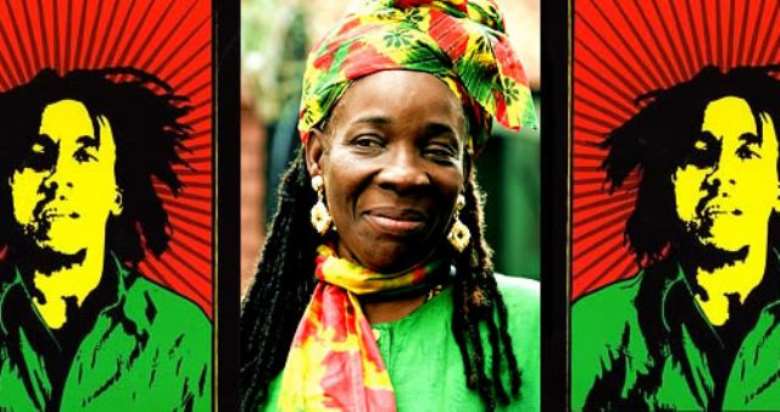 Rita Marley has lost $20 million worth of property in a fire outbreak at her Ghana residence in Aburi. Consumed by the fire were a recording studio and her apartment, which both contained most of Bob Marley's records and original tapes.

The studio which was completed early 2009 and was due for commissioning later that same year but was postponed since Rita was out of the country.

Reports say the fire, which began at about 6pm on Saturday 22nd May 2010, could not be controlled since the fire service did not show up on time. Efforts by the fire officers to spray the top of the building were not possible, since the ladders from the fire cares could not reach it.

However, some studio workers courageously entered some of the rooms to recoup what was left of the studio and residence. It is alleged that the cause of the fire might be due to an electrical fault, though the police haven't confirmed that.