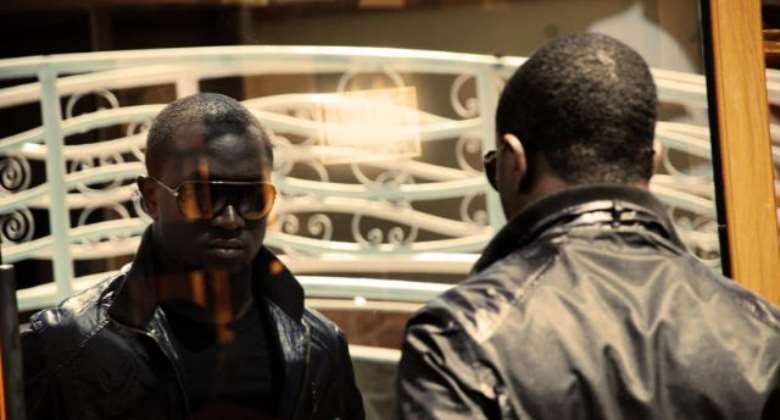 The Ghana Music Awards ended in a rather confusing note leaving a lot of people in wallowing pits of doubt and for some extreme contempt. One school of thought believed that the awards were fair and just and yet for some it was bigotry and a bias Charterhouse favorite's awards ceremony.

Nevertheless there were some awards which's verdicts were simply incontestable. Paramount among them were Most Popular Song of the Year which went to the Bradez duo, Rapper of the Year which went to Sarkodie and Producer of The Year which run back to the “U Know the Name Right” beat maker for the second time in a roll. For most people at the Dome these were awards which could not be mistaken because the highlights had always pointed to these deserving people who won it accordingly. Richie who was absent had his award picked up by his colleagues from his Lynx Entertainment record label and a speech read on his behalf by Asem.

Speaking to the C.E.O of Lynx Entertainment in his studios in Achimota a day after the awards ceremony he expressed his deepest gratitude to all the people who had stood with him till date. “First of all, Thanks be to God, without him I would be nothing. I appreciate everything my family has done for me and my lovely fans out there, but I think my new song says it best, “THEY CAN'T CONTEST THE YAARO” he added with a gimmick smile expressing some ego and pride at his achievement.. “I am a stern believer in hard work, because for more than once my own life has been living prove that hard work pays with sweet success and I am happy another feather has been added to my cap”. In a related development the Producer of the Year is set to release his new album. The album titled “U.K.N.R” is set to be unveiled on the 1st of May this year at the Silverbird Stores.

Meanwhile an industry launch is set for the 24th of April. “The new album will tell my story as it is. It is Richie personified in music and there is something in there for everybody” he added. Some musical experts have already tipped the “Frema” hit maker a serious contender for the same title he holds now in the next GMAs considering the number of tracks he has produced and the fact that they are already receiving massive airplay, major amongst them are V.I.P's “I Think I Like Am” and Asem's “No More Kpayor”.

In a related development another member of the Lynx Record Label drove home one of the most prestigious awards of the night and the most financially rewarding the “Music for the Development” award. Asem's “School Dey Be” came up strong against Chemphe's “One for Peace” and Obour's “Read wide Campaign” and walked home with a whooping 5000 Ghana cedis from the World Bank. Meanwhile OJ Blaq the other nominee from the Lynx record label lost out the Discovery of The Year award to DSP Kofi Sarpong. Irene Logan who is also signed to the Lynx label lost out on all her nominations and went home empty handed.

Latest Photo Reports
Catch up with all the political quotes from our politicians.
Advertise here
More Industry News
ModernGhana Links
Wildaland: Davido, Stonebwoy, R2Bees and over 20 top acts set to headline Africa’s “Glastonbury”
Yvonne Nelson wins GH¢500,000 defamation case against Mona Gucci
Ghana is seriously sick, the system are annoying and our leaders are stealing us – Kumchacha
Kweku Darlington claims he's rich enough to buy anything he wants now after Tim Westwood
P-Square must thrash out their past or risk splitting again – says Niibi Klala
20year-old video vixen, Whitney reveals how she got her $20,000
Kumasi theatre will be completed by end of next year – Okraku-Mantey
Nigerian star Joeboy, Reveals The Secrets behind hit song Alcohol, rise of Afrobeats and culture
[Video] My BP shot up when Peace FM disrespectfully sacked me from their entertainment show — Fredyma
TOP STORIES