Is Tonto Really A Varsity Graduate With Her Poor English Vocabulary? 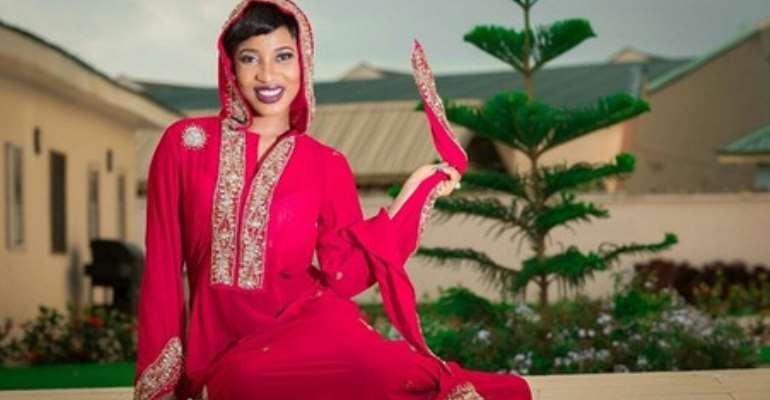 It beats my imagination to see that an actress and a song writer that fakes an American ascent in movies could have a poor English vocabulary. Also, it baffles me how she writes poorly, only God knows if her maid would not write good English better than her. Apologies to Onyinye.

It seems obvious that Tonto Charity Dikeh, who claimed to have been admitted into Rivers State University of Science and Technology, Port Harcourt, where she studied Petro-Chemical Engineering, cannot correctly write down what she says in English.

Recently, the actress has been posting numerous write-ups on her social media pages using abbreviations. Though some thought her consistent use of abbreviations was part of the norm associated with social media users, but findings have shown otherwise. Tonto Dikeh's case is beyond such.

Not too long ago, the actress posted a picture and she wrote, “God plz Guide n protect my country NIGERIA, cuz it seemz the 10pledge (plague) iz falln on us, 1st Boko haram 2nd The kidnapping 3rd Bombing 4th Killing 5th Ebola!!!!God plz abeg ooo we ur children dey loya biko save us”.

After reading her write-up that was taken over by abbreviations, one can conclude that Tonto's vocabulary is poor. As this stage, how would an educated public figure she claims to be not know the difference between 'pledge' and 'plague'?

Dear Tonto, 'sanitary' is a word used when relating to good health, it is not bought and also not an item bought to prevent Ebola. Instead, you get a 'sanitizer'.

Maybe Tonto is just a reflection of Nigeria's educational system or that of Rivers State.

Photo: Omoni Oboli Showed Up To See President Goodluck Jonathan At Aso Rock Villa Like This!

The Man I Want To Marry—Ngozi Nwosu Reveals

I Can Plot My Ex-Boyfriend's Downfall—Toolz

I Can't Beg A Man To Marry Me—Halima Abubakar

Government Is Our Common Enemy—Sound Sultan