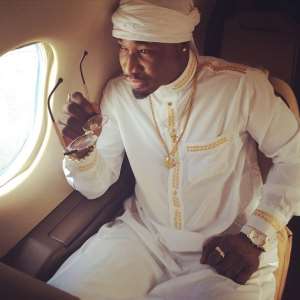 Five Star Recording artiste, Harrison Tare Okiri, popularly known as Harrysong, has debunk claims that he and Kcee were on the verge of breaking up.

According to the 'Better Pikin' crooner, Kcee is a different artiste signed to the same platform, so we don't do the same song but label partners and as such, we are good friends.

He added that KCee has been is friend since his band boy days at Ojez Nite Club. He was always there to watch him perform, and also sprayed him money each time he came, though it was KC Presh then. “I call him brother though he is my friend.”

Harrysong disclosed that since joining 5Starmusic label, his career has grown bigger now. “Harrysong is a better and refined person now. I think I see clearly where I'm going to now. I get to the studio, record some songs, then set some platform for myself and the management takes it from there. So, it's a platform well put together.”