9ice Set To Propose To His Girlfriend 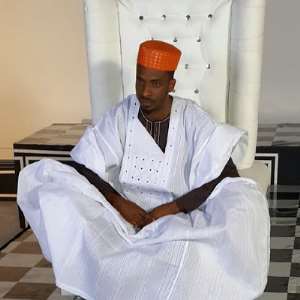 Ese Walters who got married to Benny Ark days back has finally spoken after she went viral with her infidelity with COZA's pastor Biodun Fatoyinbo in 2013, now that she is married, she has found a reason to tell it all from another angle because she had found herself in a difficult situation after she published the news, her relationship suffered because of trust that she was at lose on what to do next.

She said “In August 2013 when I blogged about the affair that went viral, I was in a difficult place. Difficult because I had lots of thoughts in my head that was stopping me from making meaningful progress in my life especially in the area of my faith. I was confused, kind of lost and sick and tired of myself. I felt my journey was getting complicated and there was no one to talk to. The people whom I trusted with my deepest worries had let me down and turned it to gossip.

My relationship was suffering because I had trust issues and it was affecting everything. She had to travel out Nigeria “By the time I got back, I was in a different head space. Somehow I didn't care too much what people thought or said about me. I was a bit clearer where I wanted to go with work and what I believe to be my purpose.

As for my wedding to my best friend coming up in March, I am deeply satisfied with my decision to spend my life with him. We had our marriage registry on February 15th and look forward to the other celebrations of marriage that will follow shortly.I am looking forward to this new phase and to sharing my journey with someone who believes in me more than anyone I have ever known. “