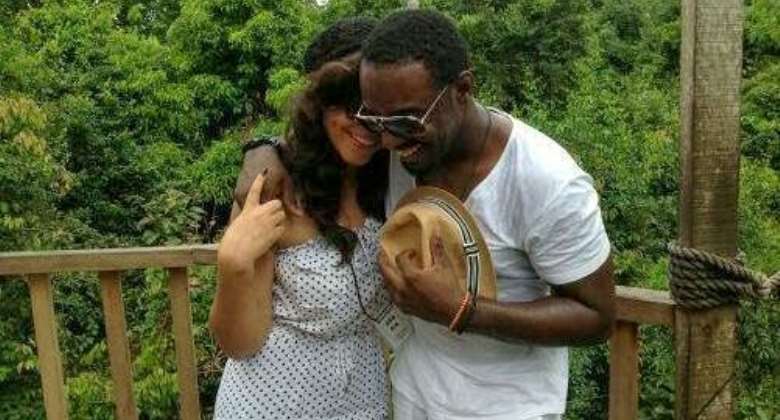 Recently 'delivered' Nollywood actor, Jim Iyke is presently in Ghana with his rumoured lover, Nadia Buari. The actor hit the headlines few days ago when he was reportedly delivered from an alleged evil spirit which has allegedly disturbed him from finding a wife to marry.

Jim Iyke visited Ghana and went to programme with Nadia, which had the actress' spiritual father, Rev Godspeed Angels, in attendance.

Jim Iyke tweeted an inspirational tweet on Twitter about the words of the man of God. He wrote, "His mercy grants true happiness and salvation which you quest. It's devoid of popular opinion. Rev Godspeed Angels."

Though his reported deliverance at Prophet TB Joshua's Synagogue Church of All Nations (SCOAN) last week has been criticised, he is however not disturbed about what people say about him on the matter.

'Jim Ike and TB Joshua were Only Acting': It Was Fake – Ghanaian Radio Presenter Kwame Bee

Nothing Else Matters 'To Me Now'--Jim Iyke Talks On Deliverance From Evil Spirit.

Camilla Mberekpe Denies Confessing To Witchcraft…Explains How She Was Delivered By T.B Joshua

Camilla Mberekpe's confession: Is it African magic or Holy spirit in action? [Video]