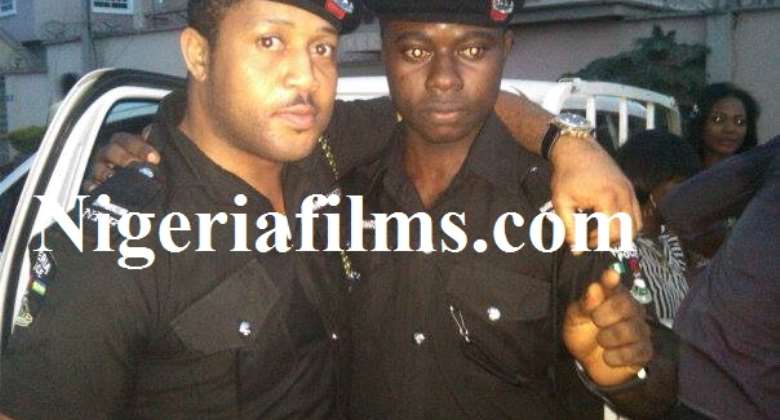 Likely unknown to Nollywood actor Mike Ezuruonye, he never knew that a quarter amongst his valued fans got enveloped under fears last week when the news spread on air like a wild fire over his hoax kidnap by unknown gunmen.

The news which its peddlers rumoured, said that Ezuruonye was somewhere shooting in Benin until he got whisked away by the unknown gunmen.

In furtherance to give authoritative information to its readers, Nollywoodgists.com further gathered that Mike is somewhere in Asaba currently shooting another stellar movie, as it had been the case of moving from one location to another while the false news peddled.

However, with supported photos are to clear such horrendous news, and to also unveil Mike's true position. With him at the movie location is Chioma Chukwukah, Ebere Okaro, Frank Anyanwu alongside others.

The movie as seen is likely to be one that would define the popular saying: “Police is your friend.” It is directed by Iyke Odife, while produced by Bright Future Productions.

I won’t be an impediment to free, fair and transparent elect...
27 minutes ago