''Like Most Married Men, I Have Cheated On My Wife'' - Femi Fani-Kayode 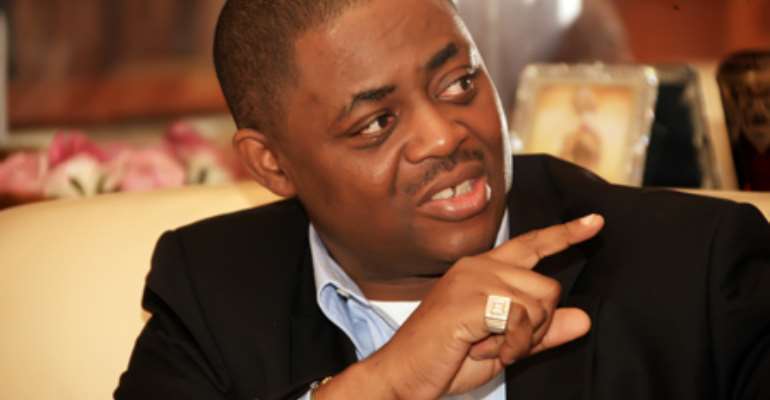 "I am not an angel. Like most married men I have made mistakes in the past and I have let down my wife on a number of occasions. Yet despite that I never stopped loving her.

I never considered the possibility of leaving my wife though on many occasions she almost left me.

A lot of men think it's a sign of virility for them to have many extra-marital affairs but I see it as failure.

It is shameful and nothing to be proud of. It wounds the soul and brings so much pain that it is just not worth it.

Most men have the ability to guard their hearts and they believe that the more women you sleep with the stronger and better you are. I don't believe that. I am a romantic and people like me often get hurt and wounded when they make the wrong choices.

Former minister of Aviation, Chief Femi Fani-Kayode is currently married to his 3rd wife, Regina after his 2 previous marriages to Saratu Atta and Yemisi Adeniji crashed.

Segun Arinze Has the Sexiest Eyeballs in Nollywood