At Gatwick Airport, Air Nigeria Asks Passengers To Donate £40 Each To Buy Fuel For Flight To Lagos 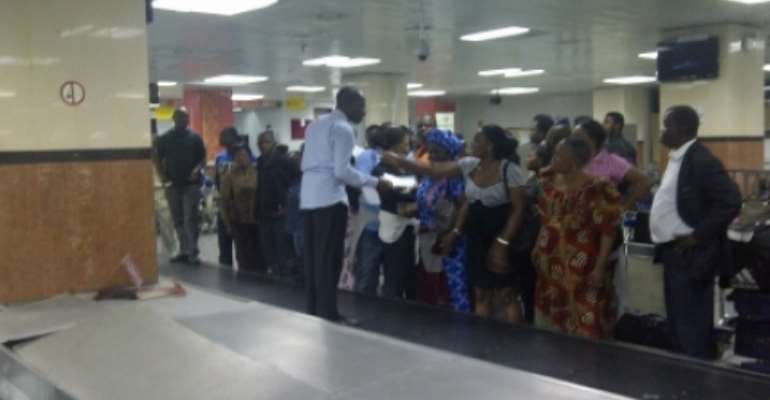 In a scandalous twist of events, SaharaReporters learned that an Air Nigeria crew at Gatwick Airport yesterday asked passengers to contribute £40 each to enable them purchase fuel to depart for Lagos several hours after the flight's takeoff was delayed.

About 190 passengers on Flight LOS-VK 0292/08 said they were surprised by the request. They confronted the airline official who had made the request, and he quickly disappeared from the riotous scene.

The flight, which was scheduled to fly out of London at 9:50a.m, eventually did so at 5p.m., arriving in Lagos at 12:30a.m. But the ordeal of the passengers was hardly over.

A passenger, Lekan Fatodu told SaharaReporters that when they arrived at the Murtala Mohammed International Airport in Lagos, they discovered their baggage had not arrived with them. They were left stranded for several hours before an official of the airline told them to return the next day for their luggage.

Air Nigeria's embattled owner, Jimoh Ibrahim, last week announced the sacking of over 500 workers at the airline and suspension of all flight services starting from tomorrow, September 10.

Mr. Ibrahim claimed that his workers were disloyal to the company but the workers said during a street protest that Mr. Ibrahim was a bad manager who diverted funds given to the airline by the Nigerian government and is negligent in aircraft maintenance. The workers have not received salaries since April 2012.

Mr. John Nnorom, a former chief financial officer of the airline told SaharaTV yesterday that of the 11 aircraft in Air Nigeria's fleet, only one is serviceable. SaharaReporters learnt that most lessors have repossessed their aircrafts from Air Nigeria, leaving it with only four aircrafts.

Following the publication by SaharaReporters of a powerful petition by Mr. Nnorom detailing the troubles facing the ailing airline, Air Nigeria's operations were suspended.

The petition appeared on June 4, one day after a Dana Air MD-83 aircraft crashed near the Lagos airport killing 159 people.

The international flights were operated through a wet lease arrangement between Egypt Air and AirNigeria. Passengers waiting for luggage at 2:00 AM.jpg 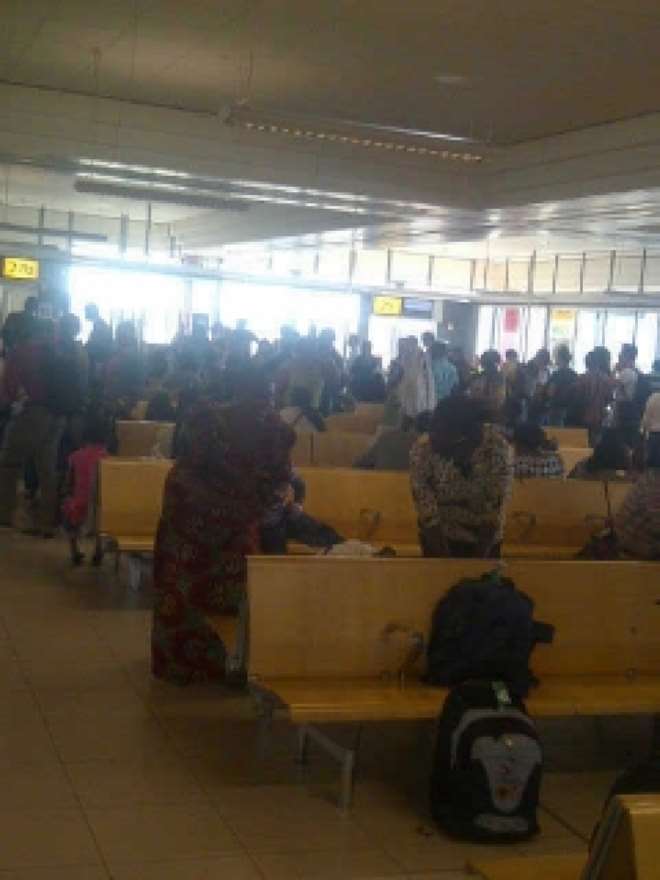 I cannot father a child!

WHO IS TONTO DIKE?