We Want All Christians To Convert To Islam – Boko Haram 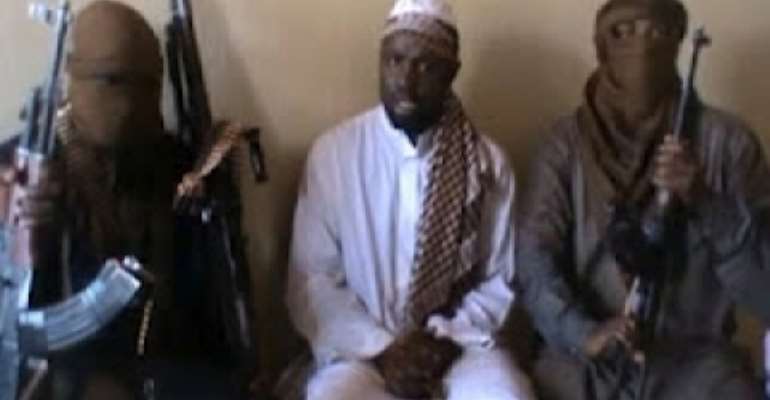 The Jama'atu Ahlus Sunnati Lidda'awati Wal Jihad, otherwise known as Boko Haram has claimed responsibility for the bombing of three churches that claimed about 50 lives and scores injured in the northern cities of Zaria and Kaduna on Sunday.

The sect spokesperson, Abu Qaqa in a statement said the multiple attacks was a reprisal of Christians' past killings of Muslims and vandalism of Mosques in Zonkwa, Yelwan Shendam, Tafawa Balewa, where they said Mosques were turned into brothels and drinking joints, while Christians continue to carry on with impunity and government support.

The however affirmed that for peace to reign, Christians must all convert to Islam.

The statement reads in part: “Today (Sunday) Almighty Allah has given us victory against Christian Churches in Kaduna and Zaria which led to the deaths of many Christians and security operatives.”

The statement also claimed that Almighty Allah has tasked all Muslims in Quran chapter 9 v 29 to launch attack against Jews and Christians who refused to believe in him, his messenger, Prophet Mohammed.The radical sect also affirmed that attacks against Christian children and women would continue, since security personnel now attack their women and children.