THE UNVEILING OF NFC FACE OF THE MONTH.PETE EDOCHIE 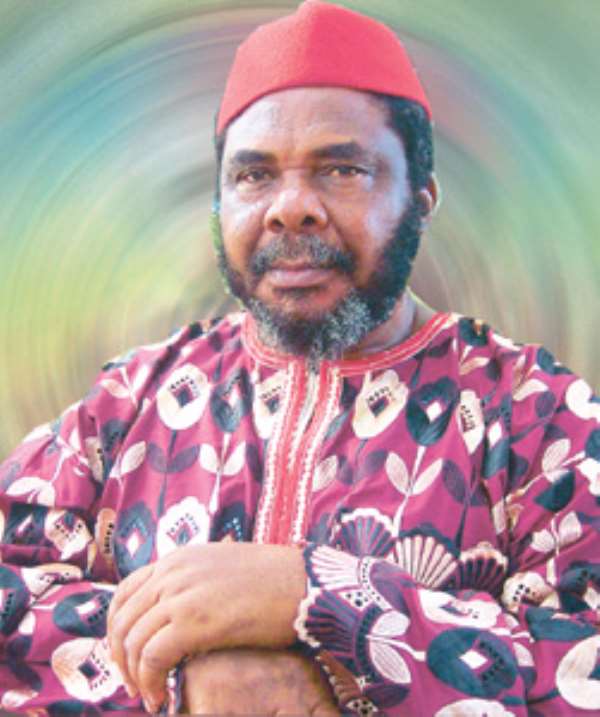 An opinion poll carried out by Nollywoodgists.com on who deserves to be NFC face of the month, we are glad to inform you that Pete Edochie pull the highest votes of (130),Olu Jacobsi(65),Adebayo Salami(35) Enebeli Elebuwa (15,)Alex Usifo (5,)Lere Paimo (5,)Prince Jide Kosoko( 5).

It must be noted that the result was based on the votes cast on NFC comment box and from the emails we received.

Let's take you on a journey to the world of Pete Edochie.

Pete Edochie, is a Nigerian actor. A devout Catholic, he is considered one of Africa's most talented actors, by both Movie Awards and Movie Magic's Africa Magic Cable network.

Although a seasoned administrator and broadcaster, he came into prominence in the 1980s when he played the lead role of Okonkwo in an NTA adaptation of Chinua Achebe's all time best selling novel, Things Fall Apart.

Edochie descends from the Igbo people in Nigeria. He has two sons that take to his acting traits; Linc and Yul Edochie.

He got into radio broadcasting in 1967 as a junior programmes assistant after which he was elevated to the level of a Director.

He quit ABS because the government decided to politise the affairs of their FM station, thereby resulting in the entire management being asked to move out, including him. He was to be the immediate successor to the MD but had to leave and enrol into the movie industry. Prior to that, he had featured in Things Fall Apart and had won an International Award.

The BBC flew into Nigeria to interview him for his role in Things Fall Apart.He lived with his wife and two sons in Enugu,Enugu State in south-eastern Nigeria.

In 2005 the Actors' Guild of Nigeria placed Pete Edochie and several other actors, including Genevieve Nnaji, Omotola Jalade Ekeinde, Nkem Owoh, Ramsey Noah, Stella Damasus Aboderin, Chinwe Okeke and Richard Mofe Damijo on a one year ban from filming after they were said to have been collecting huge fees from producers due to their A-list celebrity status. The ban placed on these actors was seen as doom in the Nigerian film business, but currently, the actors are back in filming.

AMONG THESE NOLLYWOOD VETERAN,WHO DESERVES TO BE NFC CANDIDATE'S FOR FACE OF THE MONTH OF SEPTEMBER.