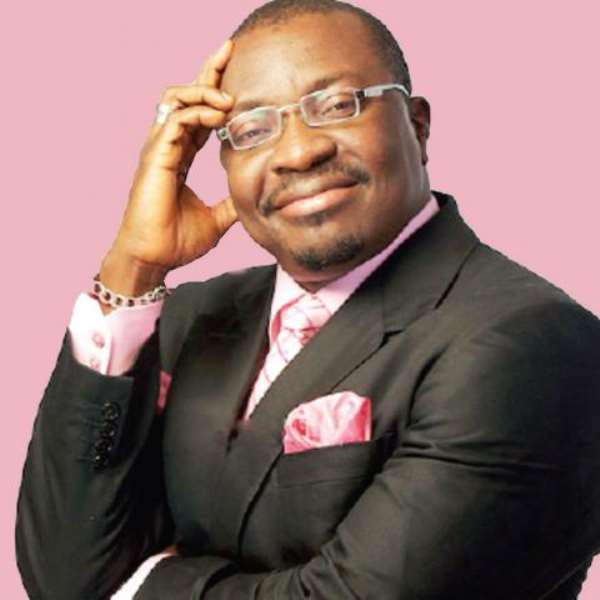 One of Nigeria's top comedians, Ali Baba, has hinted that those who are spreading false tales that he lived off his ex-wife, Patricia Leon, should stop undermining his hard work as a well paid entertainer and MC. The popular comic, in a recent write-up online, expressed his anger against those who have written “thousands of lies” about him and passing them on as the truth.

He has also demanded that people who spread rumours about should not discount his hustling. Unlike what many of their fans may have thought, Ali Baba, who has remained relevant in the Nigerian contemporary comedy scene since the '90s, disclosed that he and his colleagues in the ribcracking business made and are still making a lot of money from it. “Until now, or to be sincere, recently, people did not know that comedians earned as much as they did. Mohammed Danjuma, Yibo Koko, TeeA, Basorge Tariah Jnr and a whole lot of the first generation comics, tried to keep our new found goldmine under the radar. Not until the second generation came. And started the laau laau spending and blew our covers.”

The king of comedy revealed further that his take home from shows is not anywhere near peanuts. “Back in the mid 90s, I earned my first million as a comedian. At that time, as a young graduate, you only can run into such wealth through the corridors of 419. But I got mine through the help of Satzenbrau. So by the end of the 90s I was coasting home with between 100 and 200k per show. I already was living in a fivebedroom duplex that used to be Regina Askia's residence, in Ilupeju.” According to Ali Baba, his pay as a busy entertainer was such that, at the time, he was paying Patricia, who was a staff of Multichoice, a monthly salary.

“Besides Mohammed Danjuma and maybe two others, I was the first call for events. I was busy. I was therefore able to give my wife (Patricia Leon), without breaking a sweat, a monthly salary the same with what she got as a staff of Multichoice. That was besides other bills at home and her wardrobe. That is what a husband is supposed to do. And I did it well. I must add that even after we parted ways, I still provided for her... up till a point. Now that point was when I read an interview that painted me like a gigolo. And I stopped being a nice guy.” For his fans who may wonder why the famous comedian has revealed this much, the reason is not farfetched.

In his words: “As much as I agree that it's nobody's business how I live my life, I also believe that when that life I am living is now given a reputation of someone who lives off women, I also owe myself the right to state it clearly that it is not true. ...There was nothing wrong in riding on my wife's wings or financial edge to succeed. There wasn't. And in truth, my marrying her cost me my Multichoice account. Because I stopped doing events for them once we were married.” The comedy star insisted that those who say he lived off his former bride should rather give the applause for his success to God and himself