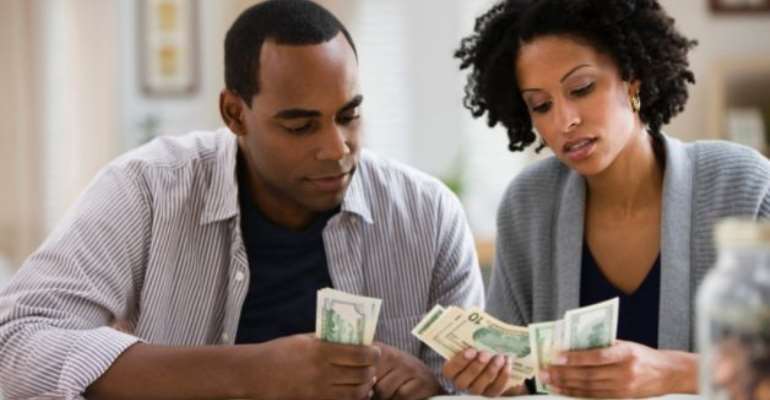 When it comes down to it success in managing personal finances is pretty simple: Spend less than you earn over a long period of time and invest the difference.

Said another way, they boil down to E-S-I. If this is the heart of your financial plan, it's likely that you'll be prosperous.

That said, there is one other thing you'll need to do — you must avoid the financial pitfalls that can significantly derail your finances. I call these the worst money moves anyone can make.

I'm listing them below in countdown fashion along with some suggestions for avoiding them.

And believe me, unexpected financial problems happen rather regularly. Washing machines break, cars need repairs, kids need braces, and so on. It's a fact of life.

If you don't have an emergency fund, you will likely have to borrow money when an emergency pops up. And as we'll see soon, borrowing is an even worse money mistake.

So how much should you save in your emergency fund? A good rule-of-thumb is to have six months' of living expenses saved up. In addition, be sure to keep your emergency fund in a safe place — you certainly want it to be there when you need it. Don't worry about earning a ton on it, no one ever became rich by making money off their emergency fund, just make sure it's safe and accessible.

9. Neglecting to make a will
Money magazine reports that 57% of Americans don't have a will, including 69% of parents with kids under 18.

Without a will, guess who decides what happens with your finances and your kids? The state! Do you really want to let your state decide these issues for you?

To avoid this bad money move, you need a will and the other documents that account for good estate planning – probably at least Patient Advocate and Medical Records Release documents for most people. And be sure to update them regularly as your life situation changes.

8. Not having enough insurance
I think of insurance as a very big emergency fund that supplements your cash emergency fund. It covers the things you couldn't save up to cover in advance, helping to replace/protect the largest assets you have – your career, your home, your investments – if you experience a major accident, death, or injury.

I'd suggest you have adequate coverage in the following insurance categories:

One more bit of advice: Do not go overboard and become over-insured. No one needs to win the lottery when misfortune occurs (for example, your family most likely does not need a $10 million life insurance policy on you. If you have one and you don't make $1 million a year or so, you're probably spending too much on life insurance.) But you do want to be sure you have enough insurance to replace your assets in times of trouble or loss. Take a balanced view and only pay for what you truly need.

7. Marrying the wrong person
There are actually two major financial mistakes related to marriage: marrying a spendthrift and getting divorced.

Couples where both spouses know and apply financial basics do much better than ones where one or both spouses have bad financial habits. The Millionaire Next Door says:

“What if your household generates even a moderately high income and both you and your spouse are frugal? You have the foundation for becoming wealthy and maintaining your wealth. On the other hand, it is very difficult for a married couple to accumulate wealth if one is a spendthrift. A household divided in its financial orientation is unlikely to accumulate significant wealth.”

In addition, a divorce is a major hit to any couple's finances. According to the Journal of Sociology, those who divorced saw their wealth shrink by 77 percent – a larger decline than would occur by simply splitting a couple's assets in half.

My advice is to discuss finances prior to marriage to make sure you're financially compatible. Once married, stay married. And make financial decisions as a couple.

6. Not saving
As I noted earlier, the formula for financial prosperity is pretty simple:

• Spend less than you earn
• Do this for a long time
If you do these two things, you will be wealthy. Why? Because you're saving money.

On the other hand, if you're not saving, you're not making progress financially. And the longer you wait to save, the harder it will be to catch up later.

The proper financial move is to save a portion of every paycheck you receive. A good rule-of-thumb is to start out by saving at least 10% of your income, and from there the amount should increase over time.

And some may ask just what you are saving for? Any major expense you know you'll have in the future: a house, retirement, cars, college costs for kids, etc.

5. Buying too much house
I've talked a bit about how to buy a house and there's really not much else to say other than this guideline from the book “Stop Acting Rich: …And Start Living Like A Real Millionaire”:

If you're not yet wealthy but want to be someday, never purchase a home that requires a mortgage that is more than twice your household's annual realized income.

4. Waiting to invest
There are three factors that determine how well your investments (savings) perform:

• The amount that's invested (how much is invested)

• The return rate on your investments
• The length of time they are invested
Most of what we see in the press deals with getting the best return on your money. But actually, the factor that most influences the value of your investments is the time you have it invested.

And the longer you wait to save and invest, the more you're costing yourself.

Here's an example that illustrates the power of saving early:

Now I'll add a couple extra points to this example to show how Smart Saver could really have made it big in saving and investing for retirement:

So the solution for this money problem is to:
• Save early
• Save often
• Save more (as a percentage of your income) as time goes by

3. Being deep in debt
AARP notes that, “Over a lifetime, the average American will now pay over $600,000 in interest.”

$600k? Ouch! This is a pretty big example of the fact that debt is very costly — it can rob you of hundreds of thousands of dollars.

The solution to this mistake is simple:
• If you're in debt, start taking my steps for how to get out of debt.

• If you're not in debt, don't get into debt.
2. Not working to maximize your career
Your career is your most important financial asset.

This is because the average American can reasonably expect to earn in the neighborhood of $2 million during his lifetime. But if that person works hard and grows his income at 8% per year, he could have more than $3 million more than that. If he doesn't, his $2 million can dry up to a bit over $1 million (or even less). So not working to make the most of your income can cost you millions of dollars.

To avoid this bad money mistake, simply develop and execute a plan to make the most of your career.

And let me add a couple other mistakes you do not want to make because they can derail your career and your income as well:

• Do not quit your job without another job lined up. Yes, it may be stressful to work where you do, but not having enough to eat is much more stressful.

• You must take care of yourself physically. Eat well, get plenty of rest, exercise, and enjoy life. Your career and its earning potential are dependent on you being able to work.

1. Over-spending
If your outflow exceeds your income, then your upkeep will be your downfall.

The first step to gaining wealth is spending less than you earn — it's vital to making any financial progress. So when you over-spend, you're doing the most damage possible to your finances.

Here's what “Stop Acting Rich” says about the issue:

“Most people will never earn $10 million in their lifetime, let alone in any single year. In fact, most households (97%) are unlikely to ever earn even $200,000 or more annually. So what if you are unlikely to become rich by generating an extraordinarily high realized income? The only way you will become rich is by being like those millionaires at the other end of the continuum: by living well below your means, by planning, saving, and investing.”

There are two types of over-spending that can ruin your finances:

• Over-spending on the little things – the small amounts that seep out of your pockets here and there and eventually become large.

• Over-spending on the big things – homes, cars, boats, cottages, and so on.

The top complaint I hear from people who don't have balanced budgets is, “I don't make enough money.”

I'm telling you that in the vast majority of cases (probably 95% or more), it's not the amount these people make – but the amount that they spend that's the problem. (In some cases it's true that people simply don't make enough money to save, invest, etc. As such, they need to concentrate on increasing their income as much as they need to control over-spending.)

My wife and I once counseled a guy who made $130,000 a year. This was back in the early '90's, so $130,000 was worth something (it's still pretty good today.) When I saw his income, I thought “this will be a piece of cake” to make a balanced budget. But once we got through the mortgage on the mansion he owned, the four luxury cars he leased for himself, his wife, and his kids, and the amounts they spent on clothes and vacations – they had spent it all and then some.

This is why over-spending is the #1 money mistake – because no matter what your income is, if you spend it all plus some, you're going backwards financially and you're losing ground.