To Women: If You Can’t Control Your Mouth Don’t Marry! 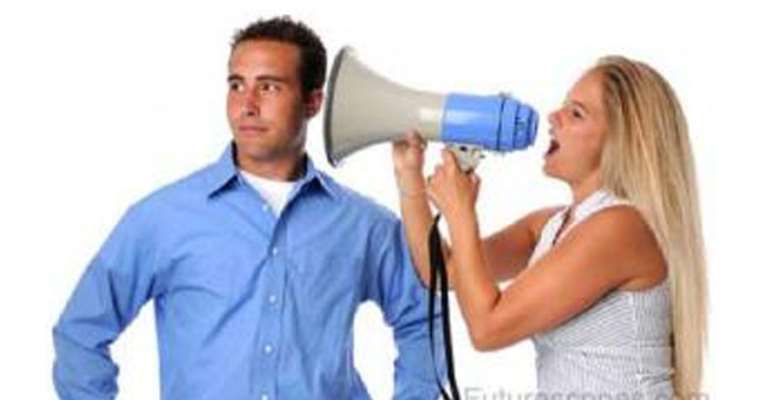 Bad mouthing their husbands appears to be the stock in trade of many women nowadays. Till date most women do not really see verbal abuse of their spouses as a very serious and evil habit they need to stop. They even make excuses for the silly behaviour. Some says, it is in the character of women to abuse…you hear comments like…”she's a woman now, you know say we women get mouth” The truth is most women resort to tongue lashing their spouses when they are angry and really want to get hurtful and mean.

Until women begin to see their verbal abuse as bad or even worse than physical abuse, the won't relent.

Many are quick to refer to men who loose their tempers and resort to physical packaging of the women when the verbal abuse gets too much as childish, immature and beastly.

Yet, they pull back from referring to women who verbally abuse their husbands using similar words.

Well, it is time to let them know that women who verbally abuse their husbands are equally childish, immature and beastly.

Therefore, women should avoid getting married if they cannot control their mouths! Cherio people.