Ebola: How Woman Singlehandedly Nursed Her Family Back to Sound Health Without Contracting the Virus 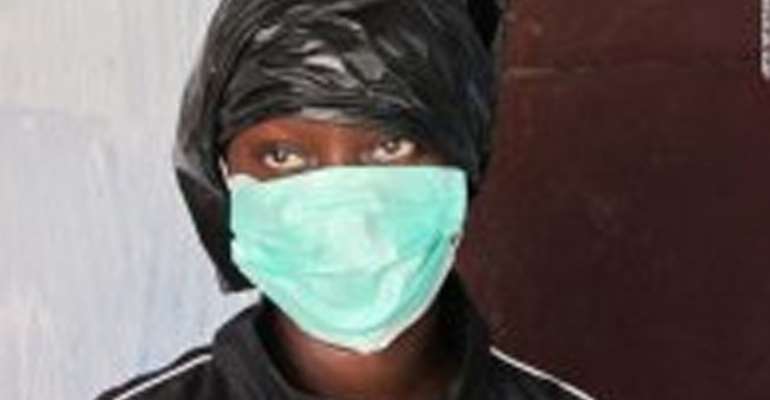 22 year old Fatu Kekula is a hero. It can be very hard treating a kid who is down with typhoid, so imagine what the 22-year-old nursing student passed through in nursing her entire family through Ebola.

Her father. Her mother. Her sister. Her cousin. Fatu took care of them all, single-handedly feeding them, cleaning them and giving them medications. Only her cousin died of the virus.

It's also impressive to note that while Kekula was treating her family members she managed to avoid ebola entirely.

It all began on July 27, when Kekula's father, Moses, went to a hospital in Kakata, after his blood pressure spiked. He was admitted and slept in a bed where an Ebola patient recently died.

Shortly, after he was admitted to the hospital, Moses developed a fever, started vomiting and was suffering from diarrhea.

Once nurses started dying of ebola, the hospital shut down and Moses had to leave. Kekula drove 90 minutes to Monrovia, the capital of Liberia, to seek treatment. Three hospitals turned them away because they had reached capacity.

Kekula made the drive back to Kakata to another hospital. They told Moses he had typhoid fever and did very little to treat him. So Kekula took him home. Once he was there, he infected three other family members. Her mother, sister and their cousin who was living with them.

Kekula began operating as her own hospital for two weeks. During this time Kekula consulted with her family doctor who agreed to talk to her over the phone but would not come to the house. She gave her family members medicine she obtained from a local clinic and fluids through intravenous lines she started.

How did she do it?
According to CNN several times a day, for two weeks Kekula put trash bags over her socks and tied them in a knot over her calves.

- Then she put on a pair of rubber boots and then another set of trash bags over the boots.

– She wrapped her hair in a pair of stockings and over that a trash bag.

– Then she wore a raincoat
– Four pairs of gloves on each hand
– And a mask.
“I cried many times. I said 'God, you want to tell me I'm going to lose my entire family?'” she said.

But that wasn't the case. Kekula only lost one patient, her cousin. Her method proved so effective, international aid workers, including UNICEF, began teaching it to others in West Africa who may not be able to get to hospitals for treatment